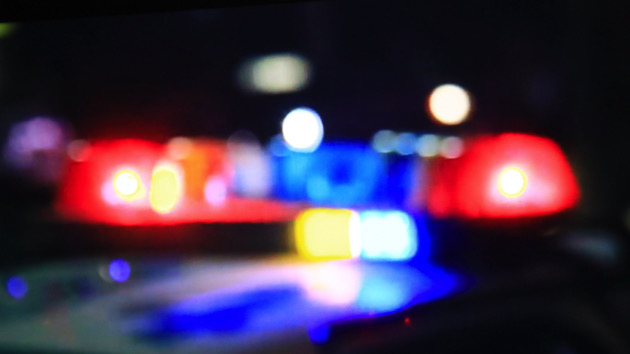 (CINCINNATI) — Ohio state troopers and the FBI are pursuing a man who allegedly tried to break into the FBI’s Cincinnati office on Thursday.

Ohio State Highway Patrol followed the suspect, who was driving a white Ford Crown Victoria, to Clinton County, where shots have been fired, according to officials.

The suspect, who officials said is armed with a rifle and wearing body armor, has been contained in a corn field off Interstate 71 near Wilmington, according to Clinton County Emergency Management. The suspect appears to have a gunshot wound to his leg but remains mobile, according to a law enforcement source.

The suspect is allegedly armed with an AR15-style rifle and also brandished a nail gun during the alleged break-in attempt at the FBI field office in Cincinnati, according to multiple law enforcement sources.

There’s a lockdown in effect within a one-mile radius of the standoff scene. People have been instructed to lock doors and stay inside.

The man led police on a chase along Interstate 71 before exiting near Wilmington. Ohio State Highway Patrol said shots were fired from the suspect’s vehicle before it exited and, once it pulled off the interstate, gunshots were exchanged between the suspect and police.

No officers have been injured, police said.

It remains unclear why the man allegedly tried to break into the FBI office but it comes amid a series of threats following the FBI’s court-authorized search of former President Trump’s Florida residence.