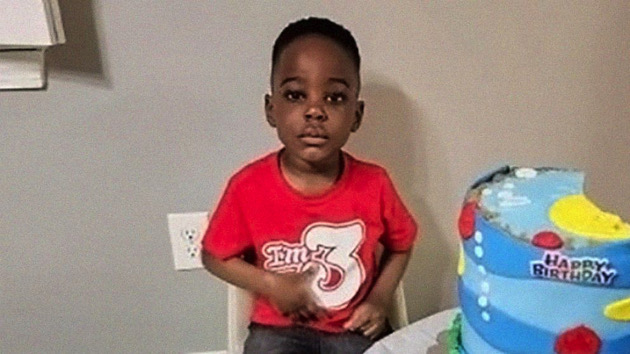 (LOWELL, Mass.) — A massive search for a 3-year-old Massachusetts boy who vanished from his babysitter’s yard entered its second day on Wednesday and involved nearly 200 law enforcement officers, authorities said.

The toddler, identified only as Harry, was reported missing at about 9:30 a.m. on Tuesday in Lowell, Massachusetts. Police said a search for the boy was immediately launched.

Police asked neighboring residents to search their properties, outbuildings and vehicles for the boy.

“He’s active. He likes going outside. When he’s at home, he goes to the yard and plays. He’s a healthy kid but he can’t speak. He’s trying to learn how to speak, but he can’t talk,” Harry’s father told ABC affiliate station WCVB in Boston in a phone interview.

Volunteers eager to join the search were asked by police stay away from the area around the babysitter’s home where police are focusing their efforts.

“Right now we are concentrating efforts with law enforcement personnel and we are trying not to contaminate search areas,” the Lowell Police Department said in a statement posted on Twitter Wednesday morning.

Upon getting the call of the missing child, officers went to the babysitter’s home in the Pawtucketville section of northwest Lowell and immediately began searching the neighborhood. When they found no sign of the boy, they expanded the search to the nearby Lowell-Dracut-Tyngsboro State Forest and the Merrimack River.

“We are still treating the incident as a missing person, a missing child. All our efforts have been focused on re-searching, retracing. We brought in other assets today — the state police, we have everything from mounted units to marine units,” Golner said.

Carlisle Police Chief John Fisher, president of the North Eastern Massachusetts Law Enforcement Council, which is assisting in the search, urged local residents with surveillance cameras, particularly those with Ring doorbells, to check their footage for any sign of the child.

“A 3-year-old of average mobility, unfortunately or fortunately, can get pretty far,” Fisher said.

Lowell police notified the community of the missing boy on Tuesday by using a reverse 911 system to contact residents and asked them to call the police immediately if they believe they have seen the boy or have information about his whereabouts.

Mountain lion attacks 7-year-old boy from behind in park

Half a billion dollars of illegal narcotics seized in massive bust