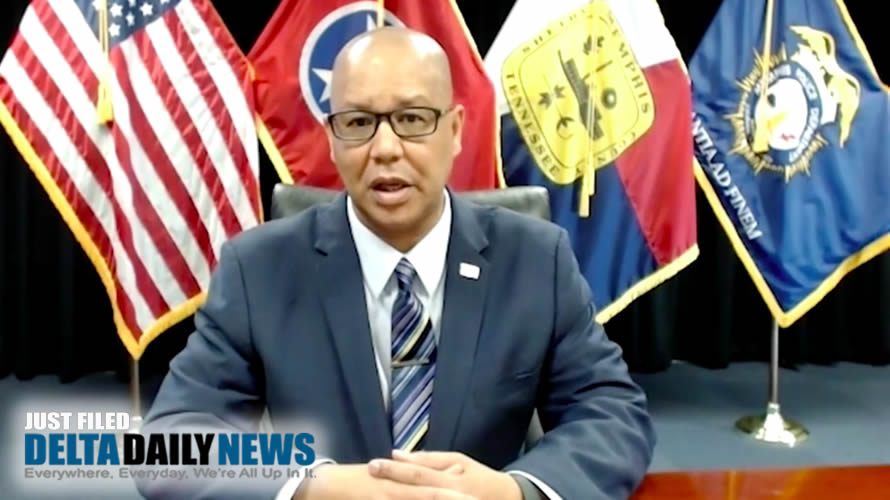 “What a grim milestone,” Dir. Rallings said, “This is a place I never wanted our city to be at.”

27 of this year’s victims have been juveniles including a 12-year-old boy who police say was shot and killed at his Southwest Memphis home Monday night. Investigators are still looking for the shooters. Director Rallings is asking anyone with information on that or any other crime to come forward. He feels community involvement is the best way to deter violent acts.

“Someone in the community always knows, either they witnessed it or they heard it second hand,” Dir. Rallings said, “If people knew that the community would not tolerate this, that someone was going to come forward… I do believe we would have a very large reduction.”

Shelby County health officials attribute some of this year’s uptick in violent crime to COVID-19.

“I do think the impact from the pandemic, everything from the financial stress to the overall emotional stress or fear… That can have an impact on crime,” Health department director Dr. Alisa Haushalter said.

Director Rallings feels on-going social unrest is also driving some of the violence.

“And so, all of these factors piled up on top of each other,” Dir. Rallings said, “My hope and goal is that we could never see a year like this again.”

Director Rallings says he needs essentially double the amount of investigators he currently has.
Anyone with a tip on any crime is asked to call Crime Stoppers at 901-528-CASH.