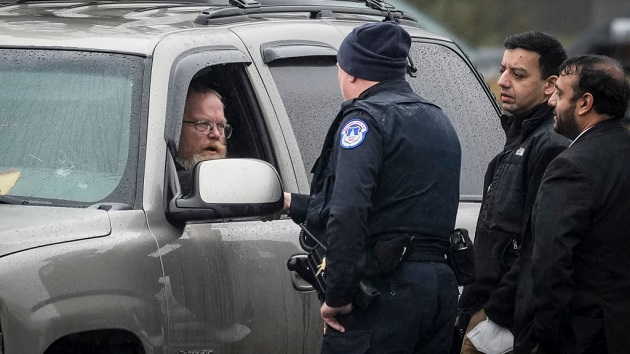 (WASHINGTON) — A man who was arrested for parking his car illegally, for failure to obey and assault on a police officer, has returned and parked his Chevy Tahoe once again in front of the Supreme Court building Thursday, Capitol Police said in a tweet.

Dale Paul Melvin of Kimball, Michigan, was outside of the Supreme Court, when he was arrested in October also for illegally parking and refusing to leave, Capitol Police had said in a statement at the time.

U.S. Capitol Police say Melvin used some “concerning language” on public social media postings shortly before he showed up in font of the Supreme Court, a statement released by the agency said.

“Our officers and agents are focused on our critical mission,” said USCP Chief Tom Manger. “I applaud them for their keen observation and for not taking any chances when it comes to safety and security.”

Capitol Police says after some discussion the 58-year-old was not arrested and agreed to leave the area.

Capitol Police said roads are back open after witnesses saw Melvin hold up a letter, then promptly drive away after he parked his car illegally in front of the Supreme Court.

Roads around the Supreme Court and U.S. Capitol are clear, police said.