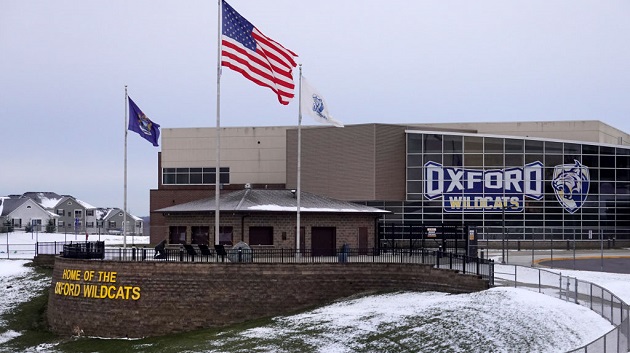 (OXFORD, Mich.) — Oxford Community Schools rejected a second offer from the Michigan attorney general’s office to investigate a school shooting in November. The school board said it will launch a third party investigation after the civil cases against the district have been litigated.

The school board said it has been fully cooperating with the Oakland County prosecutor’s investigation and will continue to do so.

Ethan Crumbley, a former student at Oxford High School, is accused of shooting and killing four other students at the school on Nov. 30. He has pleaded not guilty and is set to stand trial in September.

His parents, Jennifer and James Crumbley, are also facing four counts of involuntary manslaughter for allegedly failing to recognize warning signs about their son in the months before he fatally shot his classmates. Two judges have declined to reduce their bail.

The Crumbleys have pleaded not guilty to the charges.

A lawsuit alleges that the district failed to heed warning signs before the shooting, which the district has denied. The board said reports and analyses will be made public throughout the litigation process.

“I am deeply disappointed by the school board’s repeated rejection of my offers to perform an independent and thorough review of the systems and procedures in the days leading up to and on November 30, 2021,” Nessel said in a statement Wednesday.

She said her department would only be able to perform an exhaustive and thorough review with the cooperation of the school board and district.

“Absent that partnership, I am restricted to the publicly available information we have all read and reviewed,” Nessel said.

The school board said it will wait to launch the third-party investigation and said it will be engaging experts as part of the litigation process to thoroughly review the tragedy and the events leading up to it.

“The ongoing criminal cases have understandably delayed the release of information that could be essential to our extensive review. Oxford Community Schools is also responding to numerous lawsuits at the state and federal levels which will require attention and time from our legal team, our staff and the Board,” the school board said in a statement Tuesday.

The board added, “Once the litigation process is completed and all information has risen to the surface, a team of experts will conduct a third-party review.”

The board also said it is working on a three-year recovery plan which is currently under development by the superintendent and district administration. Upon completion, the plan will be reviewed by a third-party before being implemented at the start of the 2022-2023 school year.

Third-party group Secure Education Consultants have also completed an independent review into all district safety practices and procedures, the board said.

Nessel claimed the board’s rejection stands in the way of transparency.

“The rejection sends a message that the board is more focused on limiting liability than responding to the loud outcry from the Oxford community to deliver greater peace of mind to the students, parents and educators that lived through this traumatic event,” she said.