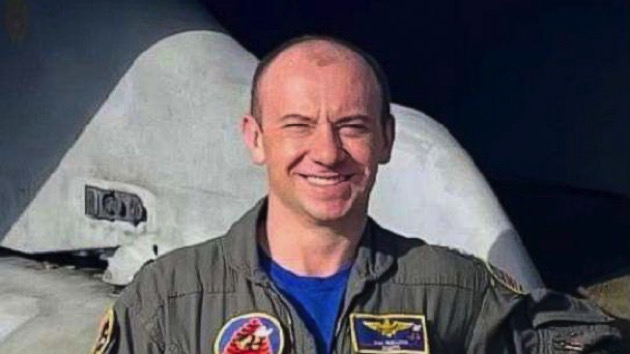 (SAN DIEGO) — Lt. Richard Bullock, a U.S. Navy pilot, was killed in a plane crash in California on Friday, the Navy said on Monday.

“The Navy mourns this tragic loss alongside the family, friends and shipmates of Lt. Bullock,” Navy officials said in a statement.

Bullock was killed when his F/A-18E Super Hornet fighter jet crashed near Trona, California, at about 2:30 p.m. local time on Friday, the Navy said.

He had been flying a routine training mission when his plane went down in a “remote, unpopulated area,” the Navy said. No civilians were injured in the crash, officials said.

Recovery efforts are ongoing, with Navy officials and local authorities at the scene of the crash.