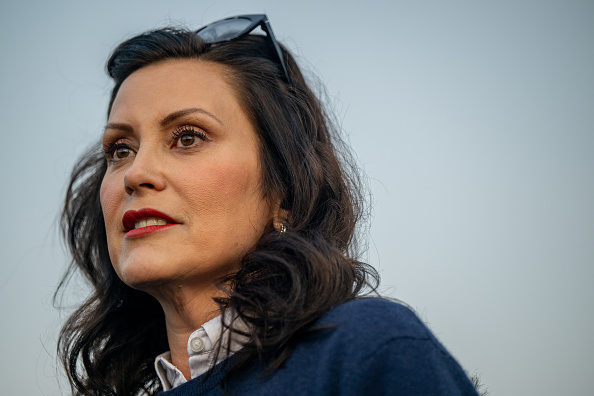 (BENTON HARBOR, Mich.) — Michigan Gov. Gretchen Whitmer announced that 99% of the Benton Harbor’s water service lines have been inspected and replaced with new copper lines if lead or galvanized pipe was found, promising an end to the city’s water crisis.

Nearly 4,500 water service lines have been replaced or verified as non-lead, leaving only 40 inspections, according to Michigan officials.

Benton Harbor’s water system has exceeded the Environmental Protection Agency’s standards for lead contamination since 2018. Residents were forced to use bottled water for drinking, cooking and brushing teeth because of lead contamination in tap water. Cars lined up for weeks at local water distribution centers last year.

In several consecutive sampling periods over three years, the Benton Harbor water system failed to meet the regulatory standard for lead. Whitmer issued an emergency directive last year promising to replace all lead pipes by April 2023, expediting what was originally a five-year plan.

Per current law, Michigan’s Department of Environment, Great Lakes and Energy ordered Benton Harbor to remove 7% of its lead service lines in 12 months, starting in July 2021. Whitmer worked with lawmakers to expedite that timeline to replace all the lines by March 2023, officials said.

The project will now be finished five months ahead of schedule.

“Every Michigander deserves access to safe drinking water and have confidence in the water coming out of their tap,” Whitmer said.

City residents will still have access to lead-reducing filters, bottled water, free home lead inspections and abatement services, according to a statement from EGLE.

City advocates had filed an emergency petition to the EPA last year, demanding federal intervention to aid the crisis.

The “EPA was pleased to support the successful effort to replace lead service lines throughout Benton Harbor,” EPA Region 5 Administrator Debra Shore said in a statement.

“Every American has the right to drink water that is free from lead and other contaminants, but there are still 6 to 10 million lead services lines in cities and towns across the country, many of which are in communities of color and low-income neighborhoods. The Bipartisan Infrastructure Law provides $15 billion to communities to replace those lead pipes so American families will no longer have to fear the harmful health effects caused by lead and other pollutants in their water,” Shore added.

US flights grounded because engineer accidentally ‘replaced one file with another’: Official