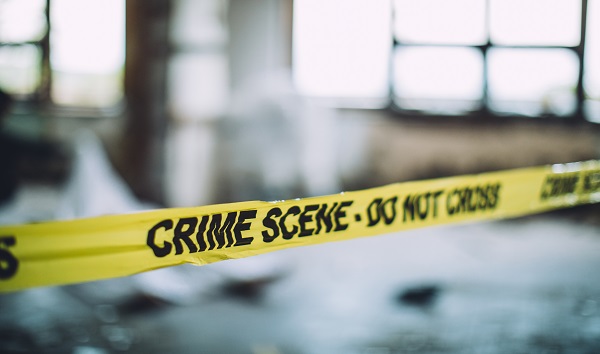 (MEMPHIS) — New details have surfaced about Justin Johnson, the man who is wanted for allegedly shooting and killing rapper Young Dolph at a bakery in Memphis on Nov. 17 as he continues to evade capture.

The Memphis Police Department issued a first-degree murder warrant for Johnson, 23, on Wednesday — a Memphis man with a history of violence who is allegedly a local Memphis rapper known as Straight Drop or Straight Dropp, according to ABC Memphis station, WATN, and other local media outlets.

“This is just the beginning,” Dolph’s longtime partner Mia Jaye said in a statement posted to Instagram, following law enforcement’s announcement of the alleged suspect. “We are still prayerful that all attacks, plots and plans that were made against Adolph’s life are revealed and justice is diligently served.”

Young Dolph, whose real name was Adolph Robert Thornton Jr., was shot and killed in Memphis on Nov. 17 while visiting Makeda’s Homemade Butter Cookies, a bakery in South Memphis the rapper was known to frequent. He was 36 and shared two young children with Jaye, Tre and Ari, both of whom shared an emotional tribute to their father at a memorial in Memphis last month.

Young Dolph’s aunt Rita Myers told Rolling Stone in an interview on Wednesday that the family is reeling from her nephew’s killing.

“There’s not any closure for us with this news, because [Johnson] is not in custody, and we still don’t have all the facts,” she said. “We still feel the same. This news just made me feel worse. I thought it would make me feel better, but it didn’t. All I know is, anyone who could walk up and take the life of another person for no reason is someone with hate in their heart, a person who has no regard for life, a person who cares about nothing.”

Surveillance video released by police appears to show two suspects on the scene of the shooting, but no information has been released by MPD regarding the identity of a second potential suspect.

Johnson, who has a history of violence according to court records, is wanted by police in connection with a number of alleged charges, including first-degree murder, criminal attempted first-degree murder and property theft, the Memphis Police Department said on Wednesday.

Asked by ABC News to verify that Straight Drop’s known Instagram account, which is unverified and has over 50 thousand followers, belongs to Johnson, Memphis police declined to comment.

The phone number and email linked to the Instagram account are associated with Johnson, according to records reviewed by ABC News, and Straight Drop’s verified Spotify account mentions Justin Johnson in the writing credits of several songs.

Straight Drop released a song called “Stepped On,” featuring Big Homiie G, on his YouTube page on Nov. 22 — five days after Dolph was killed. The rapper shared a clip on his known Instagram account of the song and linked to the YouTube video in his profile.

In the video, Straight Drop appears to be wearing a chain with the acronym “PRE,” which resembles those worn by Dolph and artists who are associated with Dolph’s label, “Paper Route Empire,” which he founded in 2010.

This led to some confusion among fans regarding Straight Drop’s potential connection to the label. Whether he had a relationship with the late rapper or other PRE artists is unclear and ABC News has reached out to a representative of Dolph for comment.

According to the U.S. Marshals Service, Johnson had an outstanding warrant related to a weapon offense out of the U.S. District Court for the Western District of Tennessee for violation of federal supervised release, and both cases are being investigated by the U.S. Marshals Two Rivers Violent Fugitive Task Force.

According to Shelby County court records reviewed by WATN, Johnson, who was 18 years-old at the time, shot three people at the Billy Hardwick Bowling Alley in 2017 – two of whom were injured.

Shelby County Judge Christopher Craft, who presided over the case, told WATN that Johnson had no record at the time, which is why he was given a second chance.

“The first time he used a gun, we gave him some slack because of him immediately cooperating and doing everything,” Craft said.

He was sentenced to five years in prison but after a few months he was released on probation, Craft said, but his probation was later revoked after Johnson faced a federal weapons charge for which he served additional time in prison.

The Federal Bureau of Prisons told ABC News on Friday that Johnson was sentenced in the Western District of Tennessee and committed to the custody of the Bureau of Prisons on March 11, 2019 and was released on May 25, 2021 via Good Conduct Time release.

Law enforcement urged the public to share any information regarding Johnson’s whereabouts and said that the suspect is a fugitive who “has ties to organized criminal gangs,” and “should be considered armed & dangerous.”

A spokesman for MPD told ABC News that as of Friday morning there are no updates to share regarding this case.

Johnson is 5-foot-8, 190 pounds and has black hair and brown eyes, police said. A combined reward of up to $15,000 is being offered by MPD, the U.S. Marshals Service and Crime Stoppers for information leading to his arrest.

Suspect arrested in disappearance, murder of teen who went missing during spring break 2009

Buffalo suspect had plans to continue his killing rampage: Commissioner