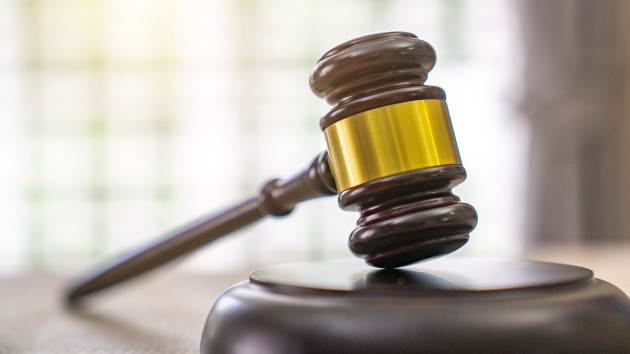 (NEW YORK) — Three former Sharon Hill, Pennsylvania, police officers pleaded guilty to reckless endangerment during a court hearing on Thursday in the fatal shooting of Fanta Bility, an 8-year-old girl who was killed last year after officers fired shots into a crowded area.

Former officers Brian Devaney, Devon Smith and Sean Dolan were each charged on Jan. 18 with 12 criminal counts of manslaughter and reckless endangerment. They pleaded guilty to the lesser charge as part of a plea agreement requested by the girl’s family, according to Philadelphia ABC News station WPVI-TV.

A request for comment to the officers’ attorneys was not immediately returned.

Fanta Bility’s family attended the hearing and told reporters they hope the officers’ guilty pleas will help bring their family some “closure.”

“The agony we feel constantly reliving the loss of our dear Fanta who was just 8 years old when she was killed by Sharon Hill police officers, is impossible to describe with words,” Fanta Bility’s uncle, Abu Bility, told reporters who gathered outside the courtroom. “Since her mother and siblings were witnesses to this tragic incident, they will have to live with that trauma imprinted in their memories for the rest of their lives.”

Abu Bility said “after much prayer and discussion,” the family decided that a plea agreement ensuring that the “police officers take responsibility” was in the “best interest of the family.”

“We pray that as a result of the police officers being held accountable, we can, as a family and as a community, finally have some closure and begin the healing process,” he said.

Fanta was shot on Aug. 27, 2021, in Sharon Hill while exiting a football game at Academy Park High School with her family. Devaney, Smith and Dolan fired their guns toward the crowd after two teens opened fire in a personal dispute close to the high school, according to Delaware County District Attorney Jack Stollsteimer.

“We have now concluded beyond a reasonable doubt that it was, in fact, shots from the officers that struck and killed Fanta Bility and injured three others,” Stollsteimer said in a January press release announcing the charges.

“This is a terrible tragedy that was caused by armed and violent criminals who turned a high school football game into a crime scene in which an innocent child lost her life and others were seriously injured,” Raymond Driscoll, Steven Patton and Charles Gibbs, the lawyers for the three officers, said in a joint statement after the charges were announced. “These three officers ran to the sound of gunshots and risked their own lives to protect that community. These three good men are innocent, and remain heartbroken for all who have suffered because of this senseless violence.”

In September, a Delaware County judge denied a motion filed by the attorneys representing the three officers to dismiss the manslaughter charges in this case. According to WPVI, the lawyers argued that manslaughter charges were not warranted because investigators were not able to determine which officer fired the bullets that killed the 8-year-old.

“Each of the three officers shot at the same target. We are bringing the charges against all three,” said Stollsteimer on Sept. 26 after the judge denied the motion.

The Sharon Hill Borough Council voted on Jan. 21 in favor of terminating the three officers.