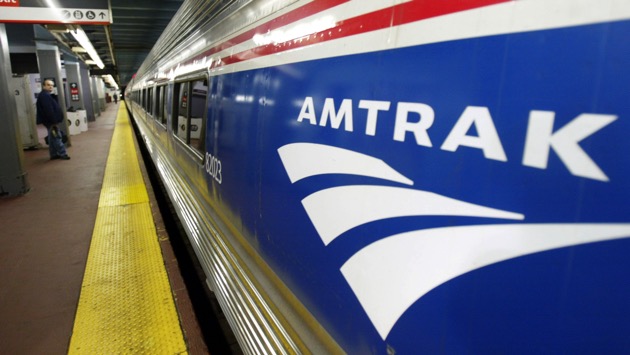 (LEE’S SUMMIT, Mo.) — An assailant in the fatal shooting of a passenger on an Amtrak train in Missouri remained on the run Sunday as investigators worked to determine why the train traveled for miles before any passengers or crew members reported it, authorities said.

The victim found dead aboard the Amtrak’s River Runner route was identified as 30-year-old Richie T. Aaron Jr. of Independence, Missouri, according to the Lee’s Summit, Missouri, Police Department.

Police believe the killer exited the train undetected while it was stopped in Lee’s Summit, authorities said in a statement released Saturday.

The train with 81 passengers aboard left the depot at Lee’s Summit and continued about 20 miles to its next stop in Independence, where police were called around 9:15 p.m. on Friday, authorities said.

“The initial investigation revealed that the train car where the shooting occurred did not have a large number of passengers, and the passengers that heard the gunshots did not immediately recognize that a person had been shot,” Lee’s Summit police said in the statement.

However, passenger Chris Shaw, who was traveling with his young son, told ABC affiliate station KMBC in Kansas City, Missouri, that he heard he gunshot. He said he immediately told Amtrak crew members he saw the gunman get off the train in Lee’s Summit and asked them to call the police.

Shaw said that after hearing the shot, he turned his back to the gunman and pushed his son into a restroom and out of harm’s way. He said he doesn’t understand why police weren’t immediately called and the train wasn’t stopped as soon as it pulled out of Lee’s Summit.

“If you’re on a plane or a train or a school or anywhere, and you hear gunshots, you call the police, you stop,” Shaw said. “You don’t wait 40 minutes while there’s a guy dead lying on a seat.”

Investigators interviewed passengers “to develop a suspect in the case,” police said.

Amtrak officials said in a statement that they are cooperating in the investigation. The rail line said the train was headed from St. Louis to Kansas City, Missouri, when the fatal shooting unfolded.

“There were no injuries to the other 81 passengers and the Amtrak crew, and they were all provided alternate transportation to their final destination,” Amtrak said in its statement.