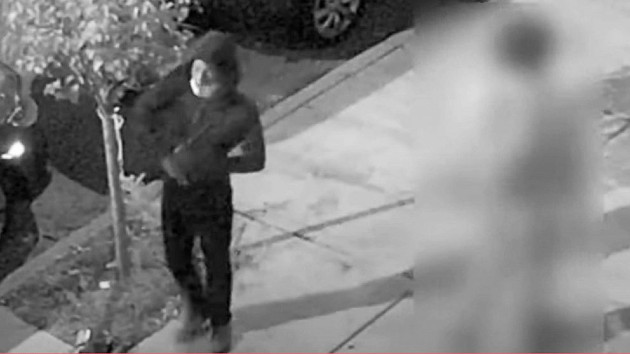 (PHILADELPHIA) — Police released surveillance video on Friday in the shooting death of a Temple University graduate in Philadelphia.

The Philadelphia Police Department identified the victim as 23-year-old Everett Beauregard, who was killed on the 400 block of North 35th Street around 12:30 a.m. Thursday, Capt. Jason Smith said during a press conference.

Smith said that Beauregard had left a party with friends in South Philadelphia and had taken public transportation to a train stop near his home when he ran into the suspect.

“Tragically, Mr. Beauregard’s life was cut short by this horrific act of violence and for no apparent reason whatsoever. This was not a robbery attempt as we initially believed,” Smith said.

Police found Beauregard on the sidewalk with a gunshot wound to his neck, authorities said. He was taken to Penn Presbyterian Medical Center, where he was pronounced dead.

During the press conference, police played surveillance footage recorded on the night of the shooting. The video shows the suspect walking down the 400 block of North 35th, passing Beauregard, turning around and shooting him as his back was turned.

“The offender was observed on video surveillance lingering around the area well before the incident at 11:21 p.m.,” Smith said.

Authorities described the suspect as wearing black pants, a black-hooded sweatshirt and a face mask.

Beauregard worked for Wells Fargo and was going to get his master’s degree, according to police.

“Everett had just become Temple Made in June, which only further magnifies the tragic circumstances surrounding his death,” Temple University said in a statement on Twitter. “He had a very bright future ahead of him, and it is beyond disheartening knowing we will no longer be able to watch him soar alongside his fellow Owls. Our thoughts are with Everett’s family, friends and the entire Temple community during this tremendously difficult time.”

Police considered the suspect armed and dangerous and have urged anyone with information to contact them.

The Philadelphia police department is offering a $20,000 reward for information that leads to the arrest and conviction of the suspect, authorities said.