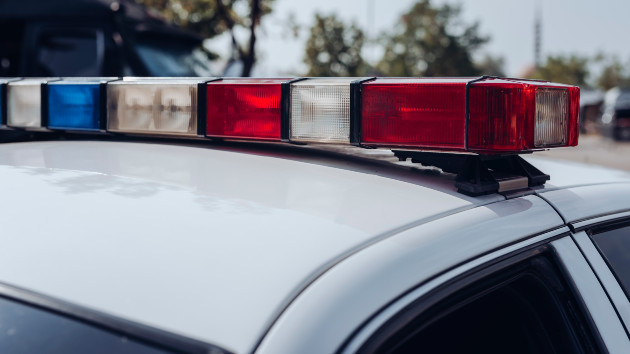 (RALEIGH, N.C.) — Two South Carolina sheriffs are pushing back against claims that officers targeted a bus full of students from a historically Black university earlier this month.

Eighteen students and two staff advisers from Shaw University in Raleigh, North Carolina, were on their way to the Center for Financial Advancement Conference in Atlanta on Oct. 5 when their bus was stopped by police over a minor traffic violation in Spartanburg County, South Carolina, Dillard told ABC News Raleigh-Durham station WTVD-TV.

“President Dillard said they were searched by blood-thirsty dogs. There was one dog; he was on a leash. Students were never even close to that dog,” Wright said at the news conference. “None of the students were even asked off the bus.”

Dillard said the traffic stop was reminiscent of the 1950s and 1960s when segregation was still practiced widely in the South.

“This behavior of targeting Black students is unacceptable and will not be ignored nor tolerated,” Dillard told WTVD. “Had the students been white, I doubt this detention and search would have occurred.”

She went on, “I wish racism would die the ugly, cruel death it deserves. And if anything we are ever doing is racist, I want to know it, I want to fix it and I want to never let it happen again, but this case right here has nothing to do with racism.”

In body camera footage from the South Carolina Sheriff’s Office, which was obtained by ABC News, officers can be seen approaching the bus, checking out the bus driver’s license and speaking to the driver while a police dog sniffed luggage located underneath the vehicle.

The video also shows an officer searching the driver for weapons after he placed his hand in his pockets. The driver pulls out candy from his pockets while engaging in conversation with the officer, according to the video.

Wright said he’s reached out to Dillard but hasn’t been able to speak to her.

“The Governor shares the deep concern of Shaw University leaders about the treatment and safety of their students and has asked North Carolina Public Safety officials to discuss this matter with South Carolina law enforcement officials and express that concern,” according to a statement from Cooper’s office.