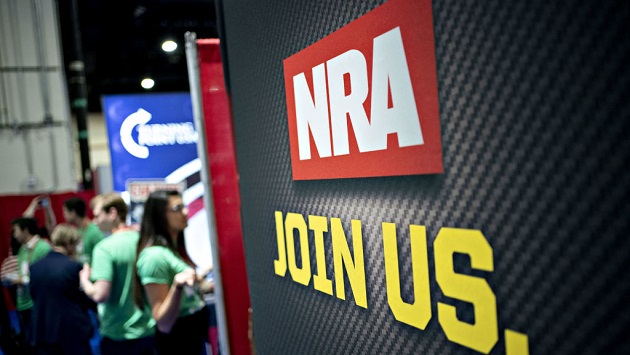 (HOUSTON) — The nation’s largest pro-gun lobby is poised to gather in Texas days after one of the worst mass shootings in recent U.S. history unfolded in the state.

Despite demands to cancel the annual meeting in light of the tragedy, the National Rifle Association’s Annual Leadership Forum is scheduled to take place in Houston from Friday through Sunday.

The pro-gun gathering comes days after authorities said an 18-year-old armed with an AR-15-style rifle opened fire in an elementary school classroom in Uvalde, Texas, killing 19 children and two teachers and wounding 17 people.

Groups including the Harris County Democratic Party, Moms Demand Action for Gun Sense in America and March For Our Lives plan to rally outside the convention hall Friday, calling for gun reform in the wake of the massacre.

“Every single speaker at the NRA event this weekend bears responsibility for the innocent lives lost to gun violence,” the Harris County Democratic Party said on Facebook. “It is past time for thoughts and prayers.”

The NRA had the option of delaying the convention, particularly as families prepare to bury those killed in the shooting, but “did not choose to do so,” Houston Mayor Sylvester Turner said during a press briefing Thursday. He noted that the city does not have the “legal right” to cancel a convention.

The city will be providing security for those attending the meeting, he said, as officials urged peace from protestors and attendees. Protest barricades will also be set up, according to Houston Police Chief Troy Finner.

“We will respect everybody’s right to protest and speak their concerns and their voice,” Finner said during the briefing. “We will not tolerate destruction of property, nor will we tolerate people assaulting individuals.”

The annual NRA meeting typically draws up to 80,000 members, according to the association. Ahead of the convention, the NRA said in a statement that the organization will “reflect on these events, pray for the victims, recognize our patriotic members, and pledge to redouble our commitment to making our schools secure.”

Former President Donald Trump is scheduled to speak at the forum on Friday. Firearms, ammunition, knives, toy guns and other items will be prohibited from that event, per a U.S. Secret Service notice.

Texas Gov. Greg Abbott said Wednesday he was unsure if he would attend the meeting.

“I’m living moment-to-moment right now,” he said when asked about his plans during a briefing. “My heart, my head and my body are in Uvalde right now, and I’m here to help the people who are hurting.”

Singer Don McLean backed out of performing at the event in the wake of the Uvalde school shooting tragedy.

“In light of the recent events in Texas, I have decided it would be disrespectful and hurtful for me to perform for the NRA at their convention in Houston this week,” he said in a statement. “I’m sure all the folks planning to attend this event are shocked and sickened by these events, as well. After all, we are all Americans.”

Virginia principal was not informed 6-year-old had a gun before shooting, lawyer says