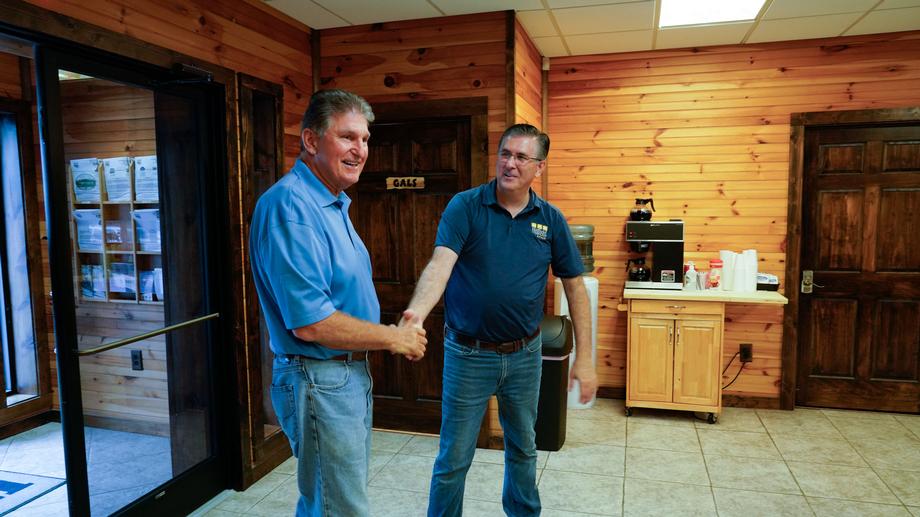 President Biden failed to persuade Sen. Joe Manchin to agree to spend $3.5 trillion on the Democrats’ budget reconciliation package during their Oval Office meeting on Wednesday, people familiar with the matter told Axios.

Defying a president from his own party — face-to-face — is the strongest indication yet Manchin is serious about cutting specific programs and limiting the price tag of any potential bill to $1.5 trillion. His insistence could blow up the deal for progressives and others.

Biden explained to Manchin his opposition could imperil the $1.2 trillion bipartisan infrastructure bill that’s already passed the Senate. Biden’s analysis did little to persuade Manchin to raise his top line. Manchin held his position and appears willing to let the bipartisan bill hang in the balance, given his entrenched opposition to many of the specific proposals in the $3.5 trillion spending package.

While the two left the meeting having made little progress, and are still some $2 trillion apart, the conversation was friendly and they agreed to keep talking.

The White House Council of Economic Advisors (CEA) is promoting the economic benefits and costs of providing green cards to millions of unauthorized immigrants in a blog post being released ​on Friday, according to a draft provided to Axios. The post comes as the fate of millions of immigrants, including those with Temporary Protected Status or DACA protections, rests with Congress — and the Senate parliamentarian.

Any day, the Senate parliamentarian will decide on whether pathways to citizenship for certain undocumented populations can be included in Democrats’ reconciliation bill — which would mean it only needs 50 Senate votes to pass. The advisers acknowledge that legalizing undocumented immigrants would raise the cost of social benefit programs, as some immigrants may feel comfortable using benefits they are already eligible for and others would become eligible for benefits. The cost “could be significant.” But much of that cost could be paid by the increased taxes immigrants would pay — and then the “positive fiscal contributions” of the next generation, they argue.