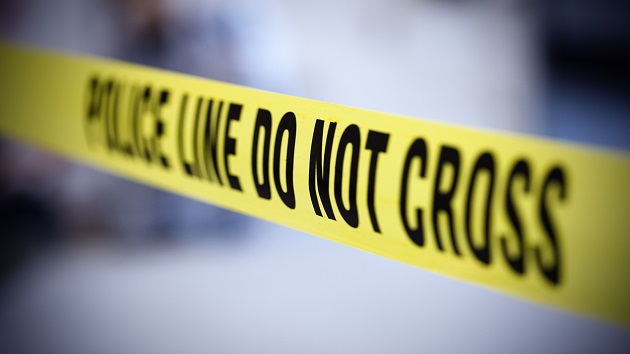 (KEENE, N.H.) — A small plane crashed into multifamily residential building in Keene, New Hampshire, on Friday, killing both people on the board and igniting a 3-alarm fire, city officials said Saturday.

The plane crashed into a two-story garage attached to the building. The two-story building sustained “significant damage” to an estimated 20% of the rear of the structure, and it will remain uninhabited until it can be further assessed, Keene Fire Chief Donald Farquhar said at a press conference Saturday.

The single-engine aircraft departed from Keene Dillant-Hopkins Airport shortly before the accident. The aircraft was owned by Monadnock Aviation, a business that operates in New Hampshire, according to City Manager Elizabeth Dragon.

The plane was a Beechcraft Sierra and the crash occurred at 6:55 p.m., the Federal Aviation Administration said.

Shortly after emergency crews arrived on scene, the fire was upgraded to a 2-alarm fire and then a 3-alarm fire, pulling in more resources from throughout the county, Farquhar said.

The Red Cross helped relocate the eight people who were displaced, Keene Mayor George Hansel said at the press conference.

The city’s fire department responded to the scene of the crash after receiving a 911 call just before 7 p.m. The fire was declared out at 8:47 p.m., Hansel said.

There are identifiable parts of the plane that are still in the building and will be left there until the investigation concludes. Officials will then remove what they can of the plane before returning the building to its owners, Farquhar said.

An investigation into the incident is ongoing. Hansel said it is too early to determine what caused the crash.

The FAA, New Hampshire Department of Transportation and National Transportation Safety Board are all on site and the NTSB will be the lead agency conducting an investigation, according to Dragon.

The aircraft was not equipped with a recording that could help investigators determine what went wrong, David Hickling, the director of the airport, said at the press conference. The airport was also unaware of any emergency call coming from the cockpit before the crash, Hickling said.

There are no indications from the plane’s history that there had been problems with it in the past, Hickling said.