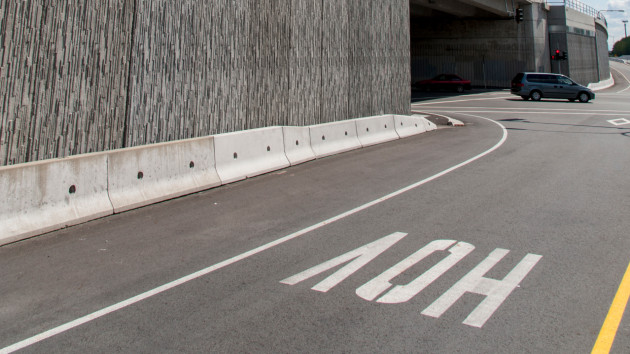 (PLANO, Texas) — The pregnant Texas woman whose decision to contest a traffic ticket put her in the middle of the abortion debate has given birth.

Brandy Bottone of Plano, Texas, announced the birth of her daughter over the weekend.

“My second passenger has arrived!” Bottone wrote on Instagram. “We are so in love and will be spending all our time loving on baby girl.”

Bottone, 32, made headlines just weeks before giving birth when she said she received a traffic ticket on June 29 for driving in the high-occupancy vehicle lane of a Texas highway.

Bottone told ABC News’ Good Morning America last month that she was pulled over by a sheriff’s deputy who asked her if she had any passengers in her car, citing the state’s requirement that vehicles in the HOV lane must be “occupied by two or more people.”

Bottone said she told the officer that she counted herself and her unborn baby as the two passengers, to which she said he replied that it had to be “two bodies outside of the body.”

“I kind of sat back and said, ‘Okay, well, I’m not trying to make a political stance here, but with everything that’s going on, you realize that this is definitely a baby and that counts as a person,” said Bottone, referring to the June 24 decision by the Supreme Court to overturn Roe v. Wade, giving power back to states to determine abortion rights.

In Texas, most abortions were already banned after six weeks of pregnancy under SB8, prior to the Supreme Court ruling.

Additionally, the Texas legislature last year passed a separate trigger law that bans abortion except in cases when the mother’s life is in danger. The law, which defines life as beginning at fertilization, is set to go into effect later this summer.

During her traffic stop, Bottone said she was issued a $275 ticket for being a single occupant in an HOV lane. She said she’s since retained legal counsel and plans to contest the ticket in a court hearing that has yet to be scheduled.

The Dallas County Sheriff’s Department, the department that issued Bottone’s ticket, has not commented on the matter.

Bottone, whose story was first reported by the Dallas Morning News, said the laws she is referring to are the Texas Transportation Code, which does not specify an unborn child as a person, and the state’s laws banning abortion, which refer to life as beginning at conception.

Bottone described herself as “pro-women” in the abortion debate, saying, “If that woman feels she needs to make a decision on her body, then that’s her prerogative. I have no rights to tell any woman what to do with their bodies.”

After her story went viral, Bottone said it was not her intention to open a “can of worms,” but added that she’s glad her case has sparked a national discussion.

“There is a lot of ambiguity … and that will have to be answered in some sort of fashion,” she said, adding of lawmakers, “They really need to take the time to sit down and make sure that things are thought through when passing all these laws. It’s a domino effect.”

Mary Ziegler, a visiting professor of constitutional law at Harvard Law School and author of Abortion and the Law in America: Roe v. Wade to the Present, said she sees the HOV case in Texas as the first of many such debates about the rights of fetuses now that Roe v. Wade has been overturned.

“This HOV lane case is really like the first example I’ve seen, but it’s the tip of the iceberg. We’re going to see a lot more of this,” she said. “These laws are just beginning to go into effect.”

In other examples, Ziegler said under some laws, fetuses could be included in the census count and as dependents on tax returns.

Just last week, Georgia’s Department of Revenue announced it will recognize “any unborn child with a detectable human heartbeat” as “eligible for the Georgia individual income tax dependent exemption,” which totals $3,000.

The law bans abortions after a fetal heartbeat can be detected, which can happen as early as six weeks into a pregnancy. It also redefines “natural person” under Georgia law to mean “any human being including an unborn child” — or an embryo or fetus at any stage of development.