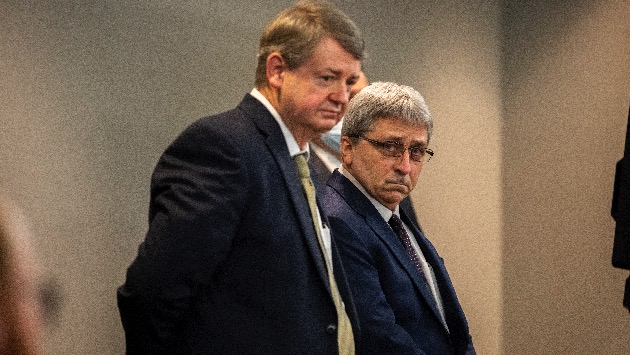 (BRUNSWICK, Ga.) — The three men convicted of killing Ahmaud Arbery are set to be sentenced on Friday.

A Georgia jury in November, after deliberating for about 11 hours, convicted the three white men of chasing and fatally shooting Arbery, a 25-year-old Black man who was out on a Sunday jog in February 2020.

His father, Gregory McMichael, 65, a former Georgia police officer, was found not guilty of malice murder but was convicted on the remaining charges, including the felony murder counts.

The McMichaels’ neighbor, William “Roddie” Bryan, 53, was found guilty of three felony murder counts as well as charges of aggravated assault with his pickup truck, false imprisonment and criminal intent to commit a felony.

All three had pleaded not guilty to the nine-count state indictment. Each faces a maximum sentence of life in prison.

The three men also have been indicted on federal hate crime charges, and all have pleaded not guilty. Jury selection for that trial is set to begin Feb. 7.

Suspect arrested in disappearance, murder of teen who went missing during spring break 2009

Convicted murderer, who attorneys say had schizophrenia, put to death in Arizona after SCOTUS denies stay

Escaped murder suspect may be ‘extremely violent’ without medication: Sheriff