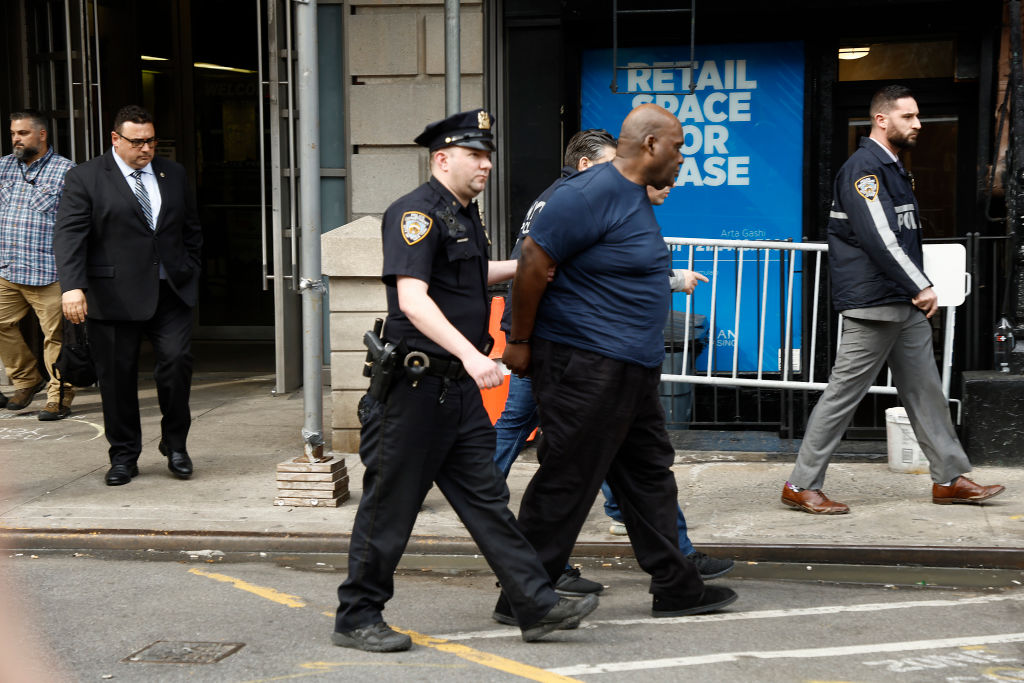 A federal judge in Brooklyn on Monday set a trial date for Feb. 27, 2023, after prosecutors disclosed a vast amount of evidence in the case.

“Videotaped post-arrest statements made by the defendant on or about April 13, 2022,” along with “videos of the defendant collected from YouTube,” will all be part of the case, prosecutors said in a court filing.

The government has collected numerous photos, records and reports and turned them over to James’ defense team.

On April 12, James allegedly shot and wounded 10 commuters before he was caught in the East Village following a manhunt through parts of Manhattan and Brooklyn. No one was killed.

James has pleaded not guilty to federal terrorism charges. He was also charged with discharging a firearm during a crime of violence.

Police said he drove to Brooklyn in a rented U-Haul not too far from the 36 Street station from which he slipped away after the shooting on a train across the platform.

Law enforcement officials set off on a 24-hour manhunt for the suspect right after the shooting. Several callers to the New York Police Department tipline said a man matching the description of the shooter was wandering around the Lower East Side and East Village.

James himself was one of those people police believe called into the tipline. The caller claimed police were looking for him and he’d be waiting at a McDonald’s on Sixth Street and First Avenue. Police responded to the area, and James was arrested without incident shortly afterward.

If convicted, he faces up to life in prison.

Suspect wanted in fatal shooting of youth football coach turns himself in to police: Attorney