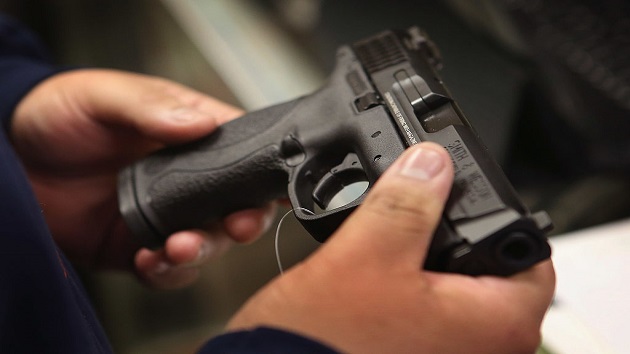 (NEW YORK) — The production of firearms in the U.S. has ramped up exponentially in recent decades with domestic manufacturing more than doubling and imports more than quadrupling, according to a new study by the Bureau of Alcohol, Tobacco, Firearms and Explosives.

The increases between the years 2000 and 2020 were fueled by the mass proliferation of the pistol as the most widespread firearm type and a 24,080% percent increase in manufacturing of short-barreled rifles, according to the ATF report. The number of firearms made in the U.S. increased by 187% and the number imported increased by 350% over the same period.

The report comes as the nation is still reeling from a mass shooting that left 10 Black people dead in a Buffalo, New York, supermarket last weekend. The suspected gunman legally purchased the Bushmaster rifle used to carry out the shooting with some modifications currently illegal in the state of New York, sources familiar with the investigation told ABC News.

The nation’s patchwork of gun laws has been largely relaxed by Supreme Court decisions as well as state and federal legislation over the time period studied. Two Supreme Court cases that struck down local gun control ordinances in Chicago and Washington, D.C, paved the way for fewer restrictions on individual firearm purchases.

The report also looked at the more recent adoption of untraceable firearms called “ghost guns” — often assembled from parts bought online or made at a private residence.

“One of the most significant developments affecting lawful firearm commerce and law enforcement’s ability to reduce illegal access to guns in this period has been the proliferation of privately made firearms also known as “ghost guns,” the ATF Los Angeles Field Office said in a statement on the report.

The number of firearms recovered by law enforcement believed to be privately made increased 1,000% between 2016 and 2021, according to the report.

The U.S. ranks first in the world for the number of firearms in the hands of civilians, according to a 2018 report by the nonpartisan Small Arms Survey. Yemen, Montenegro, Serbia and Canada round out the top five when adjusted for population size, although all have less than half the number of firearms per capita than the U.S.

Coldest Christmas in decades possible for parts of US: What to expect Christmas Eve