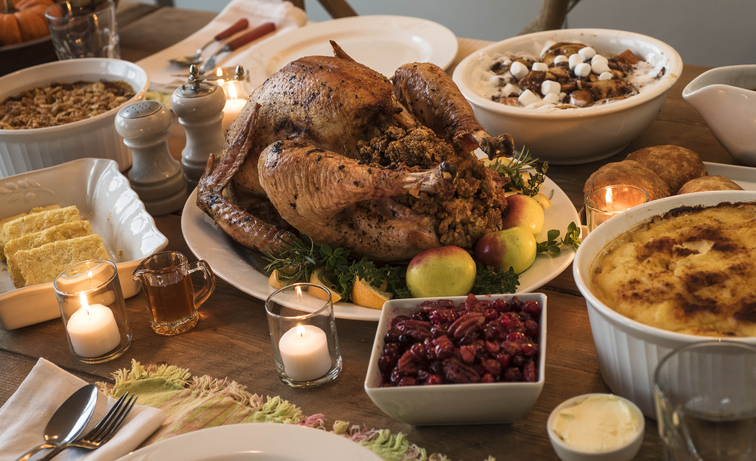 (UVALDE, TX) — Thanksgiving Day marks six months since 19 students and two of their teachers were killed in a mass shooting at Robb Elementary School in Uvalde, Texas.

Some families of the victims spent the last few days before the holiday volunteering to prepare Thanksgiving meals for neighbors in need during an annual event called “Love Ya, Uvalde.” The Garcia family, whose daughter, Ellie Garcia, was one of the victims, were among the volunteers.

“It is very important for everybody to really cherish these moments of togetherness, the family, loved ones, friends,” said Steven Garcia, Ellie’s father, who volunteered at the event for the first time.

Volunteers spent hours on Tuesday prepping the meals, deboning turkeys, and decorating the space where the meals would be served. On Wednesday morning and into the afternoon, the food was served to over 200 people at the Uvalde County Fairplex. The group also delivered around 100 meals to people who couldn’t make it out. It is a community tradition that started in 1983.

The event took on special meaning as the tragedy’s 6-month mark approached, serving as a brief respite from the grief that has overwhelmed much of the community since the May 24 shooting rampage.

“It means the world for you to see the community come out and support. It’s very important,” said Garcia.

The Cazares family has volunteered at the event many times over the last 20 years, said Javier Cazares. His daughter Jackie, who was killed at Robb, would help serve the food and escort people to their seats each year. She was the “boss lady,” said Cazares.

“It’s hard not seeing her here. Very hard,” Cazares added, looking out over the hundreds gathered to celebrate Thanksgiving.

In the six months that have followed the shooting, the typically quiet town of 15,000 people has been rocked by anger, trauma and demands for accountability that have led to some results. In July, a Texas House investigative report said the law enforcement response to the shooting was riddled with “systemic failures and egregiously poor decision making.”

In the weeks that followed, the school district’s police chief, Pete Arredondo, was fired. The entire Uvalde school police force was disbanded in mid-October. On the same day, the district’s superintendent, Hal Harrell, unexpectedly announced his retirement. Last week, Mariano Pargas, who was the acting Uvalde city police chief during the shooting, quit before the city council could fire him.

But the upheaval that has defined the town since May was nowhere to be seen on this six-month mark. Families said they were remembering their loved ones as they gave back.

“This is something she wanted us to do,” Cazares said about his daughter. “So here we are, one more year.”

Money starts flowing to families in Uvalde, but questions persist

Snow, rain expected in parts of US on Thanksgiving

Your Thanksgiving travel guide: Forecasts from airlines and best times to hit the road