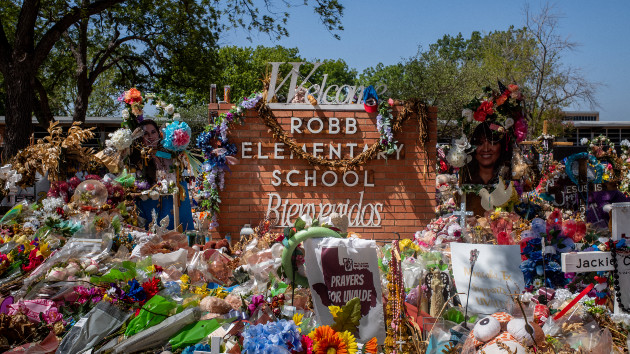 (UVALDE, Texas) — In the wake of a mass shooting that killed 21 in its hometown of Uvalde, Texas, a prominent local paper announced it would be happy for the day when the nation’s media spotlight would shine anywhere else.

But this week, the Uvalde Leader-News highlighted the “different concept” underway by ABC News in the aftermath of the May 24 massacre that claimed the lives of 19 students and two teachers at Robb Elementary School. It is an initiative called “Uvalde:365” and is being led by the ABC News Investigative Unit.

“The usual trajectory for mass shooting coverage involved an invasion by the national media, followed by a hasty retreat,” the newspaper reported. “ABC News has a different concept for Uvalde.”

As part of the ABC News commitment, the network will feature Uvalde coverage on all programs and platforms, including Good Morning America and World News Tonight, as well as Nightline, 20/20, “ABC News Live,” ABC Audio, and ABCNews.go.com.

Reports will feature John Quiñones, Mireya Villarreal and María Elena Salinas, among others, who have already spent considerable time on the ground in Uvalde. As part of the initiative, ABC has also opened a satellite news bureau that will host a rotating crew of correspondents, producers, writers and technical staff.

“By becoming a permanent presence, instead of moving on after a few days or weeks, ABC News journalists will learn who we are, our concerns and joys, why we chose this community to raise our families and how we learn to trust it again,” said Craig Garnett, owner and publisher of the Uvalde Leader-News since 1989.

“And if they listen closely, families of the 21 victims will share their grief and their halting progress in learning to cope — and perhaps one day laugh again,” Garnett added.

Locally owned and independent, the Uvalde Leader-News has operated under various names since 1879. The paper’s headquarters in the center of Uvalde features a Texas historical marker, recognizing its anchoring presence in the community.

Following the Robb Elementary shooting, the paper’s front page was printed all black and absent of text except for “May 24, 2022” in large white letters. It has spent the last two-and-a-half months reporting on the aftermath of the massacre: the funerals, the burials, the shattered dreams and the anger that has erupted as details of the bungled police response became clear.

ABC reporters and producers on the ground plan to document the lives of victims’ families; cover local community events; follow city council, school board and Texas Legislature meetings; and attend congressional hearings in Washington, D.C., where victims’ families have been advocating for gun reform.