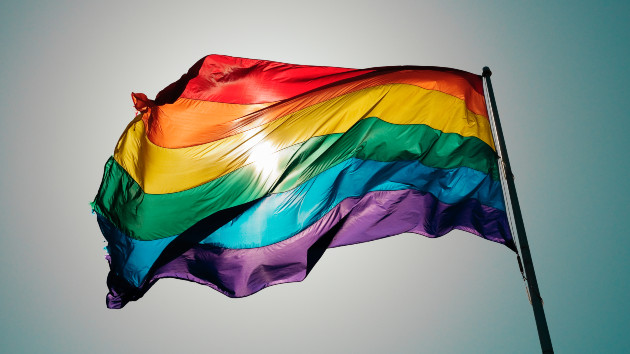 (WASHINGTON) — A bill recently introduced in Congress would restrict federal funding from organizations, local governments and schools that include LGBTQ content in events, programs, education and more.

The “Stop the Sexualization of Children Act” has a very slim chance of passing Congress. The midterm elections, however, could change that.

Here’s what the bill would entail:

If passed by Congress, the legislation would prohibit federal, state, local governments and private organizations that receive federal tax dollars from developing, facilitating or funding programs, events or literature on “sexual orientation, gender identity, gender dysphoria, or related subjects” for children under the age of 10.

Parents would be allowed to file a lawsuit against any public or private entity that uses federal funds to display or facilitate content featuring LGBTQ identities.

If an agency or organization violates these restrictions more than once in a five-year period, it could lose access to federal funds for three years, according to the bill.

The bill specifically mentions drag shows, which have been the recent target of criticism by conservative groups advocating for laws such as this one.

The bill sparked immediate backlash from some LGBTQ people and activists across the country, who say this legislation misrepresents these identities as inherently sexual, shameful or taboo.

They assert that this kind of legislation will silence and harm LGBTQ teachers and students, while stigmatizing the community and threatening federally funded programs on inclusion.

“Instead of joining the rising tide of acceptance and bipartisan support for LGBTQ people, members of Congress trying to score political points propose a bill filled with misinformation with the futile attempt of smearing and erasing who we are,” said Sarah Kate Ellis, president and CEO of LGBTQ advocacy group GLAAD.

She continued, “The American people see this for what it is: a desperate and losing effort targeting the most vulnerable students, with the goal of spreading lies.”

The proposed bill comes amid a wave of conservative calls against the representation or discussion of LGBTQ identities in schools and libraries. The Republican-led battle against LGBTQ content has grown nationwide, prompting book bans and similar legislation in several states.

“A federal ‘Don’t Say Gay or Trans’ bill – modeled after the controversial discriminatory law in Florida and aiming to drive LGBTQ+ families and teachers out of the education system – is their latest cruel attempt to stigmatize and marginalize the community, not in an attempt to solve actual problems but only to rile up their extremist base,” said David Stacy, the government affairs director of LGBTQ advocacy group Human Rights Campaign.

Louisiana Rep. Mike Johnson is leading the effort, backed by more than 30 other Republican Congress members.

“The Democrat Party and their cultural allies are on a misguided crusade to immerse young children in sexual imagery and radical gender ideology,” Johnson said.

The legislation follows the implementation of Florida’s Parental Rights in Education law, which was implemented in July. Several states have followed Florida’s lead, including Alabama, which has implemented so-called “Don’t Say Gay” policies of its own.

Supporters say these laws allow parents to decide what should be taught to their children.

“We will make sure that parents can send their kids to school to get an education, not an indoctrination,” Florida Gov. Ron DeSantis said before signing the bill in March.

Following the law’s implementation, the state Board of Education approved a rule that could remove the licenses of teachers who include sexual orientation or gender identity in their curriculum. The Miami-Dade school board also voted against formally recognizing LGBTQ History Month, a month it had celebrated in the past.

Some teachers say they’ve left classrooms behind because of these anti-LGBTQ policies.