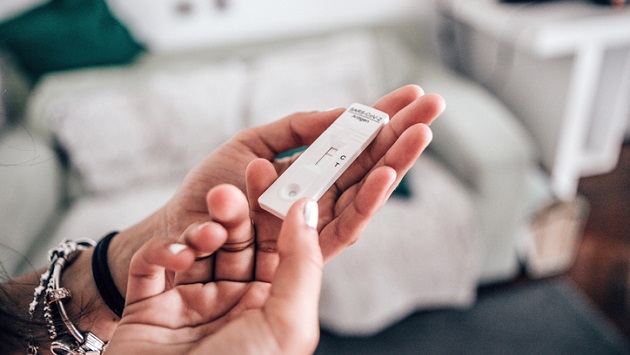 That’s on top of 50 million free at-home tests already sent to community health centers around the country, 20,000 free testing sites and an insurance reimbursement plan that goes into effect on Saturday to allow Americans to get tests covered if they find and buy them at retailers.

Taken together, it all signifies a clear effort on behalf of the administration to increase the testing supply after the omicron variant surge caught the government off guard.

But a timeline for when the 1 billion free tests will reach American households remains elusive. From obtaining the kits to packaging and mailing them to some 160 million households, the plan could take months to complete – well beyond what experts project will be the peak of the Omicron surge.

When will you see your free tests from the government?

Biden first announced the plan to ship out free tests to all Americans when it was nearly impossible to find any on pharmacy shelves and lines for testing sites were hours long. The free tests were welcome news.

But by mid-January, the Biden administration still hadn’t shipped out a single free test.

Details on the website Americans will use to request these tests will be revealed on Friday, along with information on when and how many tests each American can order, and the White House has said the first tests will be delivered by the end of the month.

Tens of millions of tests could go out in January, according to recently released contracts between the White House and testing companies, while more are expected to be delivered in February.

But interviews with the majority of the biggest at-home testing companies suggested that it will be months before all 500 million tests could reach American doorsteps, meaning it’s unlikely the average American will get free tests delivered in time for the January peak of omicron cases predicted by most models.

And on Tuesday, an official with the Department of Health and Human Services gave a clearer timeline to Congress, telling senators that the remaining 500 million tests would go out “over the next 60 days.”

So how long will it take for all 1 billion to reach Americans?

Biden’s announcement on Thursday that an extra 500 million tests would be added to the plan didn’t include any details on delivery.

If they’re sent out after the initial batch of 500 million, it will be at least mid-March before they reach Americans.

How hard will it be to deliver all of these tests?

It’s been increasingly difficult for testing companies to distribute their at-home rapid tests in the last few weeks.

“The supply chain challenges have been an issue for tests as they are with so many other goods and services,” said Mara Aspinall, the head of the National Testing Action Program at the Rockefeller Foundation, which connects testing companies with state governments.

Some of it is general supply issues, like getting individual parts required to make the tests, but more and more Aspinall said she’s hearing that companies are seeing breakdowns in their shipping process because so many people are out with COVID.

And as more testing companies are authorized by the Food and Drug Administration, there’s more competition for the shipping companies that help get these tests out.

But for Biden’s plan, the government will use the U.S. Post Office to get tests out — hopefully bypassing distribution issues that testing companies face when they have to figure it out for themselves by using a massive government institution that successfully delivered over 13 billion pieces of mail and packages for the holidays with an average delivery time of less than 3 days.

Mark Dimondstein, the president of the American Postal Workers Union, said Thursday that the Postal Service will retain up to 7,000 seasonal workers at 43 sites across the country to help package and label the tests, “and then from there, it will go into the regular mail stream,” a process that typically takes 2-5 days.

“This is absolutely feasible … as fast as the orders come in, the Postal Service should be able to handle it,” Dimondstein said. “Of course, the Biden administration needs to do its part for us to be able to do our part.”

As for the testing companies, Biden’s latest plan shows a commitment to avoiding the mistakes revealed by omicron.

Fast action requires manufacturing capabilities that the U.S. wasn’t prepared for, in part because of the unpredictability of the virus but also due to the country’s vaccine-focused approach over the past year, which drove down demand for tests and left the country with fewer tests when it needed them most.

“It is important for the U.S. to maintain the testing manufacturing capacity and supply during periods of low demand so we can respond to future variants and surges,” John Koval, a spokesperson for the at-home testing company Abbott, told ABC News last week.

“We’re on the right path now, but we can’t be complacent or think that testing won’t play a critical role in our ability to gather safely,” he said.