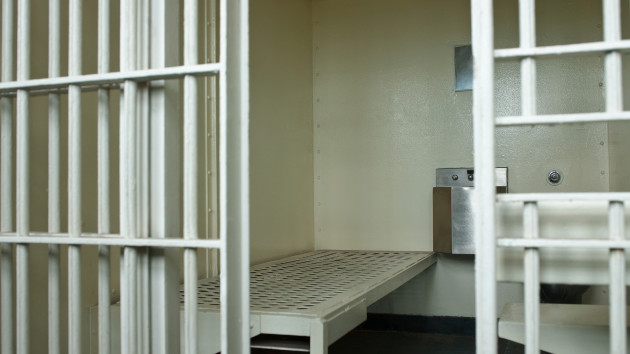 (WASHINGTON) — The murder of James “Whitey” Bulger was planned “as soon as” the notorious mobster had arrived at the prison in West Virginia where he was found beaten to death, a Justice Department prosecutor said.

The plot started with a phone call to the mother of Sean McKinnon, one of the men accused in the killing, the night before the high-profile inmate’s arrival, Assistant U.S. Attorney Hannah Nowalk told a federal magistrate judge in Florida at a court hearing for McKinnon.

A recording of that phone call was played in federal court on Monday by Nowalk, a transcript of which was obtained by ABC News.

Nowalk said that “as soon as they saw Bulger come into the unit, they planned to kill him.”

Sean McKinnon, 36, was charged by the DOJ last week in connection with the killing of Bulger on Oct. 30, 2018. Nowalk said McKinnon acted as the lookout while the two other men, Fotios “Freddy” Geas, 55, and Paul DeCologero, 48, went into Bulger’s cell and allegedly killed him.

Prosecutors have not yet offered a motive for the killing or said how the defendants knew of Bulger’s arrival.

“No, I mean, you should know the name,” McKinnon told his mother, according to the transcript of the phone call. “Every heard the name Whitey Bulger?”

McKinnon’s mother warned him to stay away from Bulger because she was worried hanging around Bulger would get him “in trouble,” the transcript shows.

Bulger, the leader of Boston’s Winter Hill gang, was on the run for 16 years before being caught by federal authorities in 2011, and later tried and convicted. Before being moved to a West Virginia penitentiary, Bulger was housed in federal prison in Florida.

Prosecutors allege that a mere 12 hours after Bulger arrived at USP Hazelton, he was found dead in his cell. The killing, Nowalk said, took all of seven minutes.

Nowalk said that on the day of the murder, at around 6:07 a.m., the three men gathered outside of Bulger’s cell, then went in and stayed there for seven minutes, allegedly killing Bulger. By 8:07 a.m., Bulger was found dead by prison guards.

McKinnon allegedly told his mother that the cell doors at the prison open at 6 a.m. and they do not lock, prompting the men to enter easily, Norwalk alleged.

“The admissions were, from Pauly, that he and Freddy used a belt with a lock attached to it and beat Mr. Bulger to death,” Nowalk told the judge in arguing for McKinnon’s pre-trial detention. “There were also admissions from Pauly and from Mr. McKinnon himself that they collectively were the guys that killed Bulger and that…Mr. McKinnon stood as lookout as Freddy and Pauly went into Mr. Bulger’s cell and bludgeoned him to death in those seven minutes that are recorded on the surveillance footage.”

Lawyers for McKinnon told Lammen that he lived near his mother and was not a flight risk, but the judge did not agree.

Nowalk said there are three witnesses whom the men told they killed Bulger.

At the time of the indictment, Geas was still incarcerated at USP Hazelton, according to prison records, and was serving a life sentence for a separate crime. DeCologero was no longer being held at USP Hazelton but was housed in the federal prison system and McKinnon was on federal supervised release and was arrested last week in Florida.

Attorneys for the three defendants did not immediately respond to ABC News’ requests for comment.