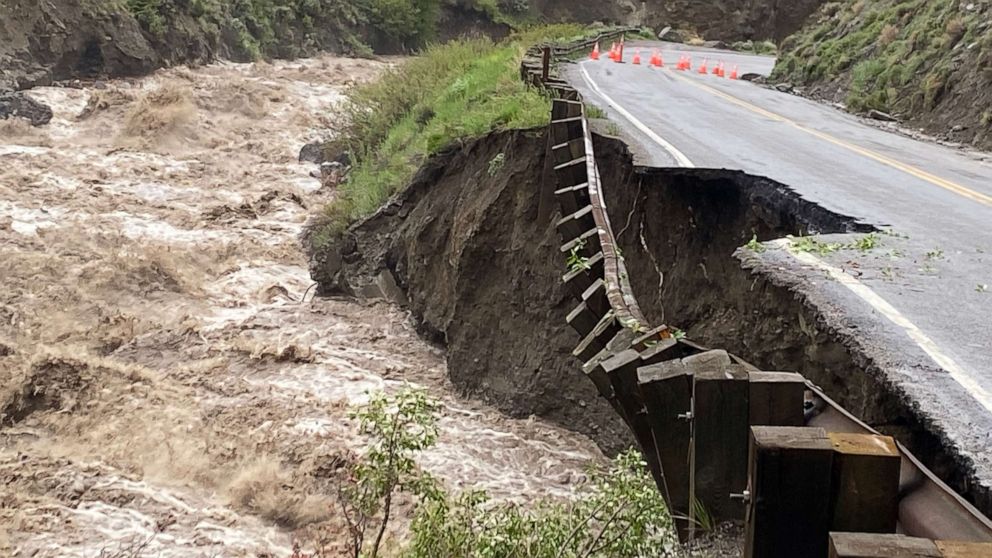 Some roads have been washed out and others are covered in mud or rocks, according to the park service. Power has also been knocked out in multiple parts of the park, officials said.

More rain is in the forecast for the next few days, according to park officials, who said they don’t want anyone to get stranded.

The park service didn’t say when Yellowstone would reopen but noted that officials need time to assess the damage and wait for conditions to stabilize. The park service warned that many roads could be shuttered “for an extended period of time.”

“We will not know timing of the park’s reopening until flood waters subside and we’re able to assess the damage throughout the park,” Superintendent Cam Sholly said in a statement. “It is likely that the northern loop will be closed for a substantial amount of time.”

The massive national park spans 2,219,789 acres, mostly in Wyoming but also in neighboring Montana and Idaho. Summer is the park’s busiest tourist season.

Trump Organization CFO due in criminal court on tax evasion

How schools are trying to address the national teacher shortage