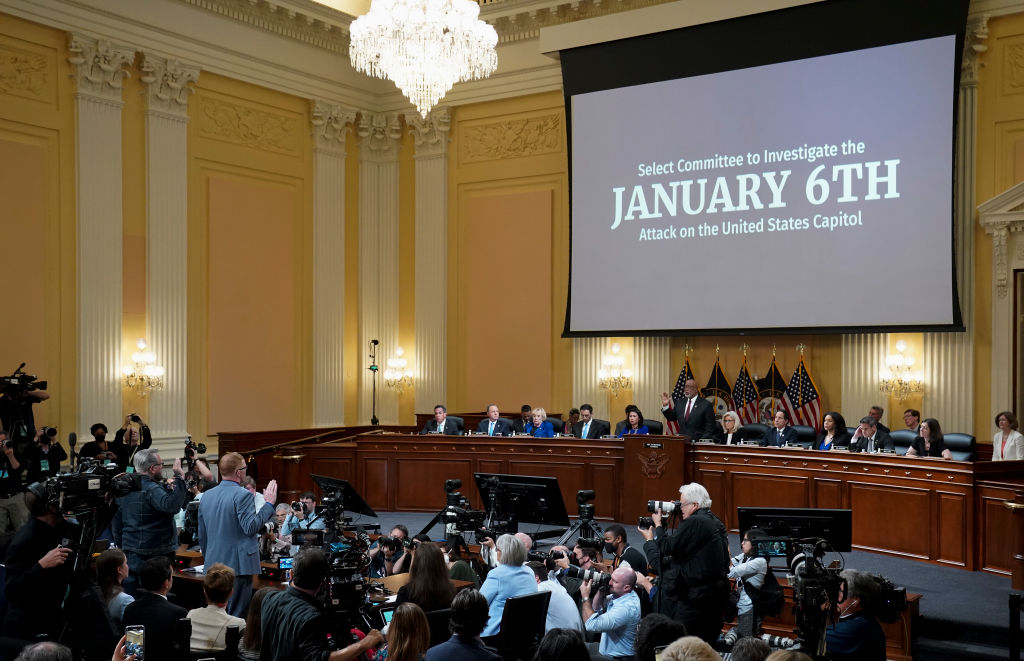 (WASHINGTON) — Two more aides in Donald Trump’s White House are expected to testify before the House Jan. 6 committee during its public hearings, sources say — this time an ex-spokeswoman for the former president as well as one of his previous security advisers.

Former deputy White House press secretary Sarah Matthews and Matthew Pottinger, a member of the National Security Council during the Trump administration, are slated to speak at the committee’s hearing on Thursday, sources familiar with the matter confirmed to ABC News.

Their planned appearances were previously reported by CNN.

Both Matthews and Pottinger resigned from their positions in the White House on Jan. 6, 2021, in the wake of the Capitol rioting by a pro-Trump mob.

Neither a committee spokesperson nor representatives for Matthews or Pottinger responded to ABC News.

Numerous other Trump advisers and aides have already spoken with the committee either in recorded closed-door depositions or the public sessions. Those include his daughter and son-in-law, Ivanka Trump and Jared Kushner; his White House counsel Pat Cipollone; his former Attorney General Bill Barr and more.

Committee members have said Thursday’s hearing — the eighth of the latest sessions held by the panel since June, following a year-long investigation — will focus on the Trump White House’s reaction to the insurrection as it unfolded.

“You will hear that Trump never picked up the phone that day to order his administration to help,” Vice Chair Liz Cheney, R-Wyo., said last week. “This is not ambiguous. He did not call the military. The secretary of defense received no order. He did not call his attorney general. He did not talk to the Department of Homeland Security. [Vice President] Mike Pence did all of those things.”

Rep. Elaine Luria, a member of the committee who will be co-leading Thursday’s hearing, told “GMA 3” last week that the plan was to “go through that 187 minutes” — the gap, as the committee describes it, between when Trump incensed his supporters at a speech near the White House on Jan. 6 and later sent public statements trying to tamp down the rioting.

Luria, a Virginia Democrat and Navy veteran who will be leading the hearing with Rep. Adam Kinzinger R-Ill., told “GMA 3” that Americans can expect the most detailed timeline of the riot.

“Mr. Kinzinger and I plan to go through that 187 minutes. What happened between the time that [former President Trump] left the stage, gave these inflammatory remarks and gave people the impression … that he was going to himself march with this crowd to the Capitol,” Luria said.

This week’s hearing is expected to be “the last one at this point,” the committee chair, Mississippi Democrat Bennie Thompson, said last week. He said Monday that more hearings will be held once the committee is prepared to present its report later in the year.

Trump has denied wrongdoing and has repeatedly assailed the committee as one-sided and politically motivated.

Ginni Thomas appears in person for interview with Jan. 6 committee