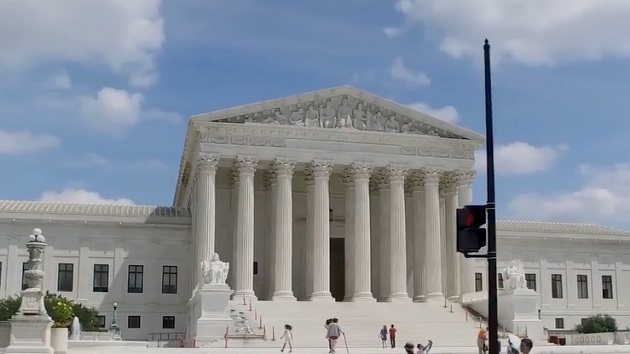 (WASHINGTON) — The U.S. Supreme Court on Monday is hearing two major cases that could determine the future of race-based affirmative action in higher education across America.

While 40 years of legal precedent supports consideration of race in college admissions, a conservative advocacy group is asking the justices anew to reverse course and issue a blanket ban on the practice. How the court rules could have a dramatic impact, experts say.

What is affirmative action and why do schools use it?

Affirmative action in college admissions is a policy of taking an individual student’s race or ethnicity into account during the selection process.

Since the 1960s, seeking to overcome a legacy of segregation and inequality in higher education, many American colleges and universities began giving preference to applicants from underrepresented groups in order to proactively diversify their campuses.

In addition to redressing historic injustice, the schools say a diverse learning environment benefits all students and leads to a more informed society and workforce.

Where is affirmative action used in higher education?

Roughly 20% of four-year public universities still consider race during the admissions process, according to a report by Ballotpedia. Many of those institutions say they consistently evaluate race-neutral alternatives but that they are largely less effective in advancing campus diversity.

Since 1996, 10 states have banned the use of race in public university admissions, including California, Michigan and Florida, according to the American Educational Research Association.

Is there evidence that race-conscious policies are working?

Many schools, including Harvard and UNC, say consideration of race as one factor in a holistic assessment of applicants is an indispensable tool for building a diverse campus.

Since 1976, Black, Native American, Hispanic and Asian American student enrollment has surged, according to Department of Education data. Despite the gains, however, students of color remain underrepresented on campuses nationwide.

The court has repeatedly said since 1978 that colleges and universities may consider the race of applicants — as one factor among many — in the interest of promoting compelling educational benefits that come from a diverse student body.

The court has prohibited the use of quota systems, but said in 2003 that narrowly-tailored use of race is permissible when making a holistic assessment for admission. It most recently affirmed this precedent in 2016.

Who is behind the latest challenge to affirmative action?

Students for Fair Admissions, a multiracial and multiethnic group of 22,000 students and parents led by longtime conservative activist Edward Blum, is opposed to race-conscious admissions policies.

The group believes affirmative action violates the Equal Protection clause of the 14th Amendment and Title VI of the Civil Rights Act of 1964, which prohibits racial discrimination any place that receives federal funding, like private universities.

What do the schools have to say?

The schools say the nation’s history and tradition, including the 14th Amendment’s extension of citizenship rights to former enslaved people after the Civil War, make clear that explicit consideration of race is allowed to address inequality and promote societal benefits.

They say using race as one factor among many in a holistic review, consistent with the court’s precedents, is not exclusionary or harmful to other students.

How did lower courts rule in these cases?

Separately, a federal district court rejected SFFA’s claims against UNC after trial. Before an appeal was heard, however, the Supreme Court agreed to take up the case in tandem with the Harvard case.

What is the Supreme Court being asked to do?

Opponents of affirmative action want the justices to overturn 40 years of precedent and categorically ban the use of race in higher education admissions policies nationwide.

The fact that the court agreed to take up SFFA’s appeals after definitive lower court judgments suggests the conservative majority is poised to significantly rollback precedent if not overturn it entirely.

Supporters of the policy say it would unequivocally mean fewer minority students on the campuses of the nation’s most selective colleges and universities. Without affirmative action, students of color would experience an estimated 23 percentage-point decline in likelihood of admission to highly selective public universities, according to one study from 2014.

Dozens of major American companies that employ tens of thousands of U.S. workers have told the Supreme Court that ending affirmative action would undermine recruitment of diverse, highly educated job candidates and, in turn, hurt profits.

Opponents of the policy, however, say the potential consequences are exaggerated, that alternative admissions strategies can advance racial diversity on campuses, and that race-blindness will restore equity for all Americans.

Where is public opinion on campus diversity and affirmative action?

Most Americans say they strongly support promotion of racial diversity on college and university campuses, according to recent polling. But strong majorities also oppose the use of race as a factor in admissions decisions.

A Pew Research Center study earlier this year found 68% of Hispanics, 63% of Asian Americans and 59% of African Americans oppose the use of race or ethnicity in college admissions.

Supreme Court gavels in 2023 with major decisions ahead