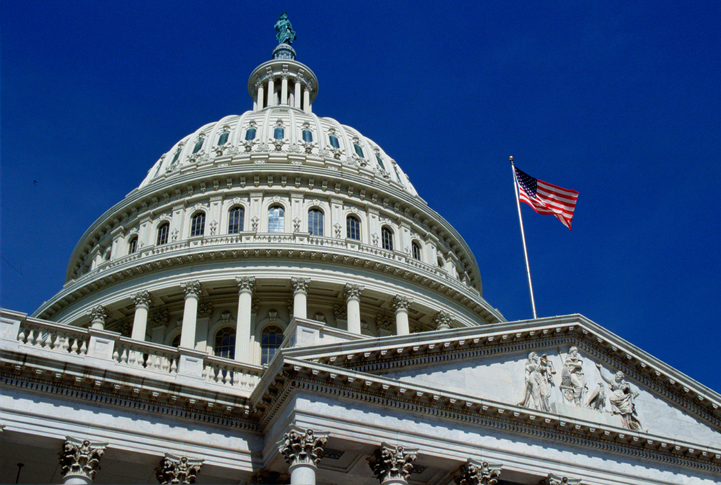 (WASHINGTON) — As freight railroad carriers and a coalition of unions representing their workers move ever closer to a potential strike, a clash has erupted in Congress over whether and how to intervene in a labor dispute that could have devastating effects across an economy already buffeted by high inflation and recessionary pressures.

Republican Sens. Roger Wicker and Richard Burr on Monday introduced a resolution to stave off a strike by the industry’s unions, which represent more than 100,000 employees, by imposing what had been non-binding recommendations from the Presidential Emergency Board (PEB).

In a five-year plan presented in August, the board had recommended a 24% pay raise for rail workers retroactive to 2020, with $1,000 annual bonus. All but two of the major unions involved have come to an agreement with the railroad companies, but those two groups have said that unscheduled time off or sick leave continues to be a sticking point — and one that has dogged an industry beset with labor shortages.

The impasse presents a major problem for the unions’ political allies in Congress, largely Democrats, who defended workers against the railroads, which have made record profits through and heading out of the historic COVID-19 pandemic.

On Wednesday, in a sign of the potential conflict to come between lawmakers should Congress act to avert a strike, Sens. Wicker of Mississippi and Burr of North Carolina tried to force their resolution through — only to be blocked by Sen. Bernie Sanders, I-Vt, the self-described democratic socialist and prominent union supporter.

“If the trains stop running, our economy grinds to a halt,” Wicker warned. “The last thing we need is shutdown of the nation’s rail service, both passenger and freight, and yet that is what we are facing in less than a day and a half from this moment: a massive rail strike that will virtually shut down our economy.”

Burr noted one assessment that, in a strike, “the economic impact to the American people is $2 billion a day.”

“This is 160,000 trainloads of agriculture product at a time of harvest across this country … They haul coal. They haul gas. They haul petroleum. They haul gasses like helium that are required for manufacturing businesses,” Burr said. “They haul auto parts, which means you’re going to see auto assembly plants that shut down.”

Sanders shot back, “We’re talking about an industry that has seen its profit margins nearly tripled over the past 20 years. What Congress should be doing is not passing the Burr-Wicker resolution and forcing railroad workers back to work under horrendous working conditions. What we should be doing is telling the CEOs in the rail industry, ‘Treat your workers with dignity and respect, not contempt."”

Indeed, in 2021, the nation’s largest railroad companies reported record profits coming out of the pandemic.

Burr, in a message to Senate Majority Leader Chuck Schumer, who must determine what bill to bring to the floor, said he could guarantee 48 Republicans would back his resolution with Wicker, suggesting only two GOP lawmakers did not support it in the 50-member conference.

Why Congress is involved

All labor disputes in the railway and airline industries — which are seen as critical to the U.S. economy, stretching across major industries from energy to agriculture — are governed by a 1920s-era federal law known as the Railway Labor Act (RLA).

Congress enacted that law after decades of sometimes violent worker strikes and when Americans had grown dependent on many industries, particularly farming and manufacturing.

The RLA is intended to protect employees’ right to unionize and collectively bargain — the first federal law to do this in the U.S. — and ensure timely settlement of any labor disagreements. It dictates the terms of such disputes, including when parties enter an “emergency” phase, as they have now and when a president must appoint a board to try to recommend solutions, though those are non-binding on all parties but are designed to help each side to reach a solution.

In this case, many of the unions accepted the PEB’s recommendations to avoid a strike, though Sanders has noted that the actual workers in the unions have yet to vote to approve the measures.

Under the RLA, if the parties in the rail labor dispute do not reach agreement on a new contract or extend the current cooling-off period by 12:01 a.m. on Friday, the railroads can either impose their own work rules or employees can strike — or both.

At that point, the RLA would no longer set the terms of behavior. Instead, only Congress and President Joe Biden would be empowered to act — as has happened in the past — if a longer-term labor crisis is to be averted.

But Democratic Whip Dick Durbin has urged workers not to lean on Congress to resolve the dispute, warning that, as the deadline looms, lawmakers may not be able to intervene fast enough.

“I think it is naive to believe that we could just quickly come up with an agreement on settling this strike, enacted in the Senate which requires 60 votes. It takes a lot more work than that,” Durbin said on Wednesday. “But I think the message to the railroads as well as the union is get the job done. Don’t count on Congress. Do it yourself. We think they are close, and they’ve got to understand the sense of urgency.”

Congress, acting with authority from the Constitution’s commerce clause, has not voted to end a railroad strike since April 1991 — less than 24 hours after a walkout. At the time, lawmakers approved a joint resolution — with President George H. W. Bush being roused from his bed in the middle of the night to sign the bill — that forced the parties in the dispute into a 65-day binding arbitration process. Had workers not approved the terms in arbitration, Congress mandated that less generous solutions from the Presidential Emergency Board be accepted.

Still, that last example was more than 30 years ago. In this bitterly partisan environment, and less than 60 days from a crucial midterm election when unions typically turn out in large numbers, Democrats — typically pro-union — are hoping that railway negotiations are successful and Congress is not needed.

“We’re all hoping that negotiations will continue so there is no strike, and we’re at the table with the secretary of labor. Secretary [Marty] Walsh has been very much hoping that we can get a resolution,” House Speaker Nancy Pelosi said Wednesday. “The main area of disagreement is there is no sick leave for the workers and that’s a problem.”

“I would rather see negotiations prevail so that there’s no need for any actions from Congress,” Pelosi told reporters.

Recapping the 2022 primaries: The environment got better for Dems — but voters still have concerns

Biden, ahead of midterms, to host White House celebration of ‘Inflation Reduction Act’