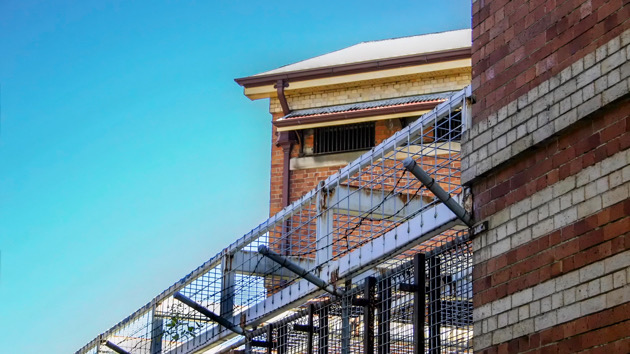 (WASHINGTON) — A Senate investigation revealed evidence on Tuesday of widespread corruption and misconduct dating back years at a federal penitentiary in Atlanta.

At a hearing Tuesday morning, an investigatory panel led by Georgia Democratic Sen. Jon Ossoff intends to press outgoing Federal Bureau of Prisons (BOP) Director Michael Carvajal on agency records that show staff at the Atlanta federal penitentiary “acted with impunity and even lacked regard for human life,” Ossoff said in his opening statement.

“The evidence the [subcommittee for investigations] has secured to date reveals stunning long-term failures of federal prison administration that likely contributed to loss of life; jeopardized the health and safety of inmates and staff; and undermined public safety and civil rights in the State of Georgia and the Southeast Region of the United States,” Ossoff said.

The prison was rife with contraband, including weapons and synthetic cannabis, and large amounts of confiscated drugs were never logged after they were discovered, according to Ossoff and the subcommittee’s review of internal BOP documents in addition to interviews with whistleblowers, federal judges and former senior agency leaders.

A lack of security checks also allowed inmates to pass contraband between cells and freely use narcotics, Ossoff said.

The findings documented by the panel — an investigatory arm of the Senate Homeland Security and Governmental Affairs Committee — include allegations of poorly maintained and often dangerous conditions for inmates. Between 2012 to 2020, a total of 12 inmates died by suicide which the committee linked to a lack of compliance by staff to prison procedures and “complacency, indifference, inattentiveness, and lack of compliance with BOP policies and procedures,” according to Ossoff.

Internal reports from 2017 and 2019, now revealed by the committee, found prison guard weapons were improperly stored and at times went missing.

Erika Ramirez, a whistleblower and former chief psychologist of the Atlanta facility, testified on Tuesday to a variety of unsafe and unsanitary conditions as well as a lack of control over contraband.

“The walls were infested with mold,” Ramirez said. “Whenever it rained, the sewer would break — would back up and overflow onto the recreation yard, sometimes leaving a foot of human waste behind. Security-wise, there was little to speak of. Given the volume and flagrancy of the contraband, it was obvious that cell searches were not being properly conducted, if at all.”

Ramirez testified that she documented her findings and reported them to upper management and, in some cases, to the BOP central office in Washington. Ramirez was subsequently, involuntarily transferred to a facility in Texas in what she described as retaliation for speaking out.

“For example, there was so many rats inside the facility, dining hall and food preparation areas that staff intentionally left doors open so the stray cats that hung around the prison could catch the rats,” Whitehead said. “It is never a good idea to leave prison doors open.”

After BOP Director Carvajal initially declined to testify, the subcommittee subpoenaed him; he announced his retirement at the beginning of the year and plans to leave BOP in August, when his successor takes over.

The U.S. Penitentiary in Atlanta has been under public scrutiny for years. An inmate and his fiancée pleaded guilty in 2017 to running what prosecutors described as an “inmate Uber.” The two admitted to transporting convicts to and from the prison, allowing them access to outside food and contraband.

Last year, The Atlanta Journal-Constitution reported that four senior prison officers were banned from the facility amid a corruption investigation and the prison’s population was reduced from more than 1,800 to 134.

Representatives with the BOP and the Atlanta penitentiary did not immediately respond to emailed requests for comment.