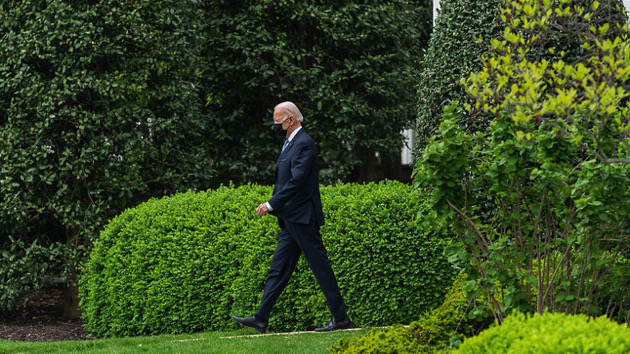 (WASHINGTON) — President Joe Biden continued to test positive for COVID-19 Tuesday but is feeling “well,” according to a memo from Dr. Kevin O’Connor, Biden’s physician.

“The President continues to feel well, though he is experiencing a bit of a return of a loose cough. He remains fever-free and in good spirits. His temperature, pulse, blood pressure, respiratory rate and oxygen saturation remain entirely normal. His lungs are clear,” O’Connor wrote.

O’Connor added that Biden “will continue his strict isolation measures” and “will continue to conduct the business of the American people from the Executive Residence.”

Biden initially tested positive for COVID-19 on July 21. His symptoms at the time were said to have included a runny nose, cough, sore throat, a slight fever and body aches.

He was treated with Paxlovid and tested negative last Wednesday before emerging from isolation.

However, he tested positive again Saturday in a so-called rebound infection, which can occur when patients take Paxlovid.

O’Connor’s memo Tuesday marked the first time he noted a reemergence of symptoms from the rebound case.

It remains unclear for how long Biden will be able to leave the White House for a number of planned trips.

Jean-Pierre noted Monday that the Centers for Disease Control and Prevention has not yet released any guidance regarding travel after a rebound infection.