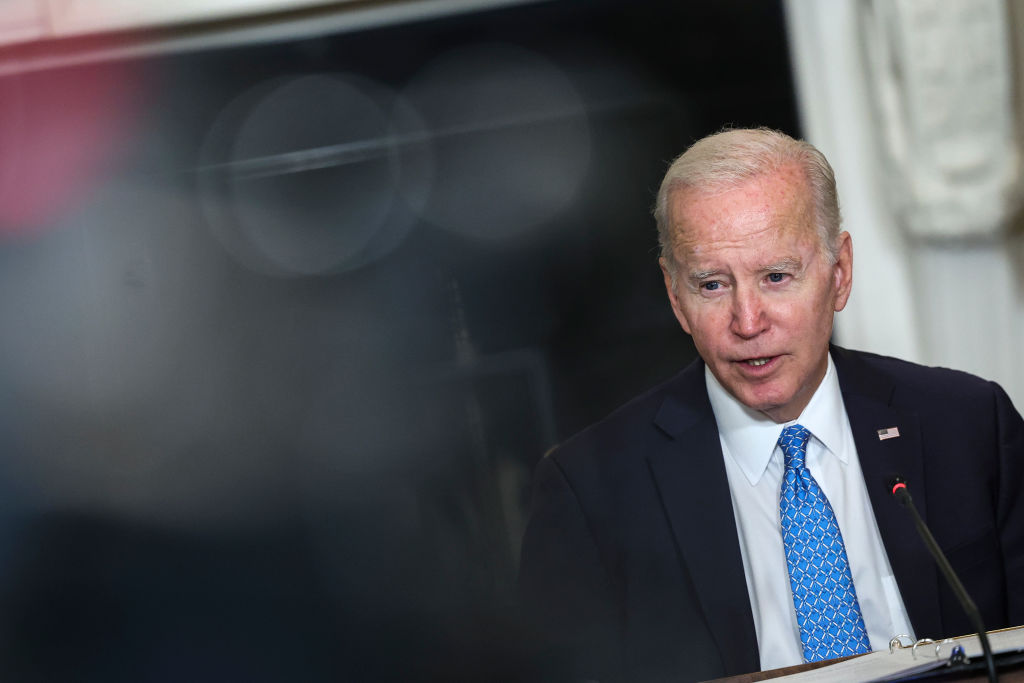 (WASHINGTON) — As Hurricane Ian began barreling across Florida, President Joe Biden detailed his administration’s efforts to prepare for the storm and warned residents to heed warnings from officials.

“It’s life-threatening,” Biden said of the Category 4 storm as he spoke at a White House conference on hunger and nutrition. “You should obey all warnings and directions from emergency officials. Don’t take anything for granted. Use their judgment, not yours.”

Hurricane Ian grew stronger overnight, nearing a Category 5, and was set to bring devastating floods, storm surges and winds to Florida as it made landfall on Wednesday afternoon.

Biden said he talked with GOP Gov. Ron DeSantis “for some time” on Tuesday evening, marking the first time the two leaders had spoken directly about the storm.

Biden said members of his team have been in constant contact with the governor “since the beginning.”

“Message has been absolutely clear, is that we are on the alert and in action,” Biden said Wednesday. “We’ve approved every request Florida has made for temporary assistance, emergency assistance and long-term assistance that I’ve received.”

“They discussed Fort Myers’ ongoing needs including support for the elderly members of the community, families that live in mobile homes and other community members who are particularly vulnerable to the impacts of the storm,” the White House said.

The storm poses a major test for both Biden and DeSantis, often foes on numerous issues, just six weeks before the midterm elections.

When asked by ABC News Chief White House Correspondent Cecilia Vega about the tone of the Tuesday conversation between Biden and DeSantis, White House press secretary Karine Jean-Pierre said it was about how the two can work as partners on the issue.

“There’s no politics in this when we talk about extreme weather,” Jean-Pierre responded.

Past presidents have faced political consequences over natural disasters. George W. Bush was widely criticized for his response to Hurricane Katrina, especially after he praised the Federal Emergency Management Agency for its work despite the agency being blamed for failing to act fast enough.

Biden said Wednesday the federal government will be “ready to help in every single way possible” during Hurricane Ian, noting he’s developed and deployed a search-and-rescue team that’s already on the ground, and to help Florida rebuild after the storm.

Biden also delivered a stern message to oil and gas companies, warning them not to raise prices amid the storm or else he’ll ask officials to investigate any potential price gouging.

“Do not, let me repeat, do not — do not use this as an excuse to raise gasoline prices or gouge the American people,” the president said, noting experts told his administration only 2% of U.S. daily oil production will be impacted in the short-term from Hurricane Ian.

Biden will be visiting FEMA headquarters in Washington on Thursday, Jean-Pierre announced at Wednesday’s press briefing.

Jean-Pierre also provided additional details on the administration’s response, telling reporters: “We have more than 1,300 federal response workers on the ground in Florida. There are 3.7 million meals and 3.5 million liters of water pre-positioned in Alabama [and] 110,000 gallons of fuel and 18,000 pounds of propane are pre-staged for immediate deployment. Three-hundred Army Corps personnel are on the ground to support power and fuel assessments. Three-hundred ambulances are supporting local officials, and multiple federal disaster medical assistance teams are deployed to Florida and Georgia.”

DeSantis, who’s up for reelection in November and is widely considered to be a Republican contender for the 2024 nomination, took a moment this week to thank the White House for their assistance.

“The effects of this are going to be broad and we appreciate the Biden administration’s consideration to the people of Florida during this time of need,” DeSantis said at a press conference on Wednesday.

DeSantis warned Wednesday that millions will be without power as the storm hits and highlighted the 200 shelters open in southwest Florida for those who need a place to stay during the storm.

“This is going to be something that is going to be there for days and weeks and months and unfortunately, in some circumstances, even years,” DeSantis said as he talked about the impacts of Hurricane Ian.

From financiers to UFO believers, scores of GOP megadonors are flocking to DeSantis