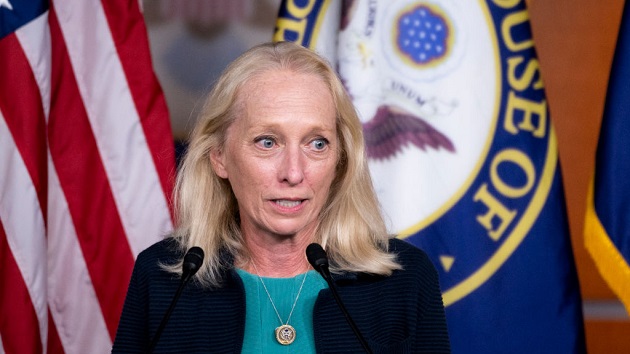 The congresswoman was left unharmed, according to a statement provided to ABC News by her spokesperson, Lauren Cox.

“Wednesday afternoon, at around 2:45 p.m., Congresswoman Scanlon was carjacked at gunpoint in FDR Park following a meeting at that location. The Congresswoman was physically unharmed,” Cox said in a statement.

“She thanks the Philadelphia Police Department for their swift response, and appreciates the efforts of both the Sergeant at Arms in D.C. and her local police department for coordinating with Philly PD to ensure her continued safety,” the statement said.

Scanlon, who was first elected to Congress in 2018, represents the 5th Congressional District in Pennsylvania, which includes parts of south Philadelphia.

Her spokesperson confirmed that Scanlon’s personal belongings, including her personal and government-issued phones and identification, were stolen by the perpetrators.

“I’m appalled to learn of this violent crime that was perpetrated against my friend and colleague, Congresswoman Mary Gay Scanlon. Everyone deserves to feel safe in our city, and sadly, as we know, that hasn’t always been the case this year. It’s disheartening, and quite frankly infuriating, that criminals feel emboldened to commit such a reckless crime in the middle of the day in what should be a place of tranquility and peace—one of Philadelphia’s beautiful parks,” he said in a statement.

“I’m thankful that she was not physically harmed during this incident, and my thoughts are with her during what I’m sure is a traumatic time. I’m also thankful that our police officers have been working hard to identify violent criminals and get them off our streets. PPD is actively investigating this incident. We simply cannot and will not tolerate any acts of violence. If anyone has any information about this incident—or any other crime—please call or text PPD’s anonymous tip line at 215-686-TIPS.”

The incident comes amid a violent year in Philadelphia, which saw a spike in both gunpoint robberies and auto thefts.

Philadelphia is seeing at least an 80% increase in carjackings in 2021, compared with the total number in 2020, Philadelphia Police have said.

Five in custody after congresswoman robbed, carjacked at gunpoint