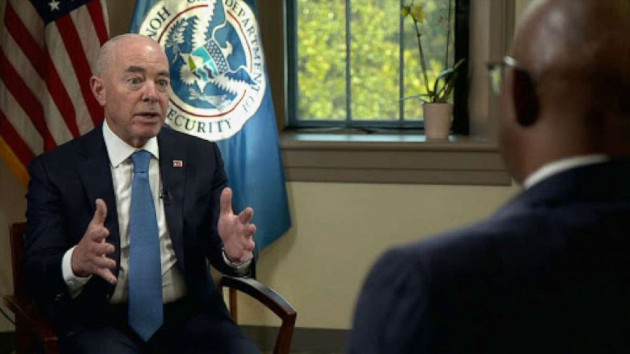 “He’s going to be in a position of responsibility with respect to an important platform, and we hope that he exercises that position responsibly,” Mayorkas told ABC News Chief Justice Correspondent Pierre Thomas during an interview at DHS headquarters in Washington, D.C.

The secretary noted that Musk removed the inaccurate post “rather rapidly.”

Mayorkas said that, ultimately, it’s up to Congress to regulate social media companies. The government, however, is within its purview to combat mis- and disinformation, he said.

“For example, if it involves the election — if there is false information that [says] you don’t need to vote on Nov. 8… if you miss [the] voting date, you can ask … for permission to vote five days later — with no factual basis, inaccurate information that could deceive an individual into missing their right to exercise their vote. That is something that we will correct,” he said. “That is our responsibility. That is our mission. And we execute it quite proudly.”

Disinformation from nation-state actors could be seen by a vast audience, he said, including during the 2022 midterm election, if it is not stomped out.

“Here in the online environment, the potential audience is vast,” he said. “And what we do, we have a responsibility to make sure that the American public receives accurate information.”

Earlier this year, DHS established and then quickly shut down a Disinformation Governance Board that was aimed at combatting disinformation but it was criticized by both sides of the aisle.

Mayorkas told ABC News that leaders have a responsibility to combat misinformation.

He is concerned about the “temperature” in the country and the divisiveness, the secretary added.