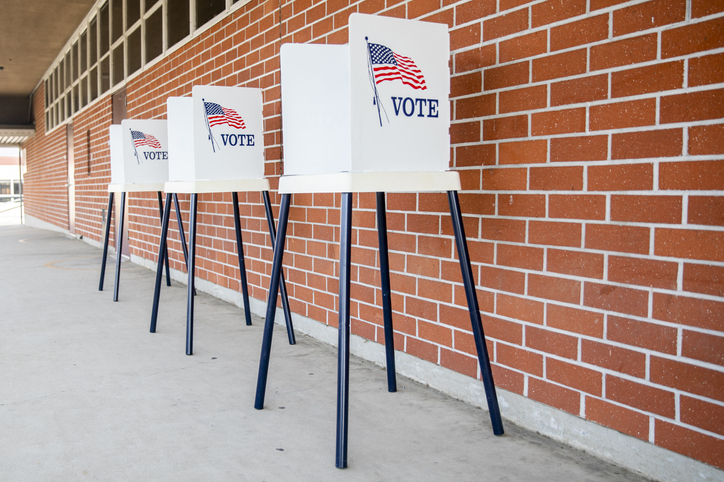 (WASHINGTON) — Some Republican candidates who rejected the results of the 2020 race failed in their bids for secretary of state in key midterm races across the country, according to unofficial results from the respective state election offices.

Several contests in Tuesday’s midterms, including in Arizona, Michigan and Nevada, gained national attention as the victor could affect how elections are conducted and results are announced for the 2024 presidential run.

Democracy experts had said they worried that election-denying secretaries of state candidates, if they won, could refuse to certify the results of future elections by arguing they were fraudulent. Former President Donald Trump has spoken about some of the races and backed candidates who pushed his lie that he won the 2020 contest against Joe Biden.

In Michigan’s secretary of state race, Democrat Jocelyn Benson beat GOP opponent Kristina Karamo, who has repeatedly voiced baseless allegations of widespread voter fraud in the 2020 election. Karamo, who was endorsed by Trump, unsuccessfully sued to invalidate mail-in voting in Detroit weeks before the election.

Her Republican opponent, Audrey Trujillo, had appeared on Steve Bannon’s podcast and said she believed that Trump won the 2020 election.

In Minnesota, Republican Kim Crockett, who falsely claimed in a mailer that the 2020 election was rigged, lost her bid for secretary of state to the incumbent, Democrat Steve Simon.

H. Brooke Paige, a conservative activist who posted on social media that the 2020 election was stolen, lost his bid for Vermont’s secretary of state to Democratic state legislator Sarah Copeland Hanzas.

As of Wednesday afternoon, the secretary of state results in two key Southwestern states were too close to call.

Mark Finchem, a Republican state representative who has repeatedly pushed election conspiracies and misinformation, is vying for Arizona’s secretary of state against Democrat Adrian Fontes. Trump endorsed Finchem in the race. Ballots are still being counted.

In Nevada, former state legislator Jim Marchant, who has repeatedly claimed that Biden didn’t win the 2020 election, and Cisco Aguilar, a Democratic lawyer, are seeking the secretary of state seat. Marchant was endorsed by Trump. Votes are still being counted in the state, too.

Why Americans voted to protect abortion rights during 2022 midterms

Trump left ‘fuming’ after at least 14 of his candidates projected to lose in midterms: Sources

Recreational marijuana legalized in 2 states, rejected in 3 in 2022 election referendums