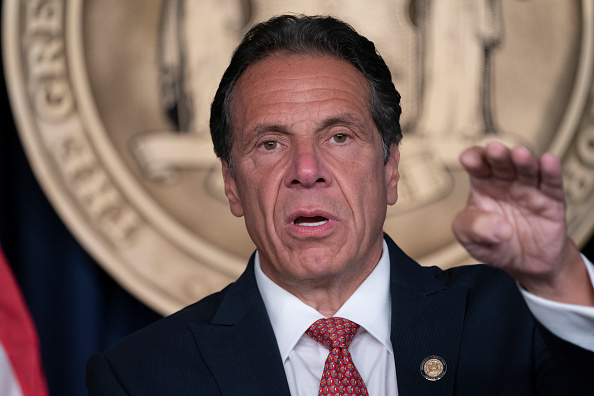 Bennett was among 11 women a New York Attorney General’s report found Cuomo harassed, which led to his resignation from office in August, 2021.

“Throughout her employment as Defendant Cuomo’s Executive Assistant, the then-Governor subjected her to sexualized comments about her appearance, assigned her humiliating and demeaning tasks, and beginning in early June 2020, subjected her to invasive and unwanted questions about her personal life, romantic and sexual relationships, and history as a survivor of sexual assault,” Bennett’s lawsuit said.

When Bennett reported her claims and her fear of retaliation to chief of staff DesRosiers Bennett, she was transferred “to an inferior position,” the lawsuit said.

“The Governor has always said he didn’t harass anyone and with each day that goes by more and more information is uncovered showing how evidence favorable to the Governor was suppressed and crucial facts ignored or omitted that undermined witness credibility. What else will come out during the discovery process? We’ll see them in court,” Cuomo attorney Rita Glavin said in a statement to ABC News on Wednesday.

Bennett went public with some her claims in a February 2021 article in The New York Times after another former Cuomo staff member, Lindsey Boylan, published her account. Cuomo claimed at the time that his actions involving Bennett were misunderstood.

The allegations in the lawsuit expand upon many of the public claims Bennett previously made, including an Oct. 4, 2019, phone call when she said Cuomo began singing the words, “Are you ready?” to the tune of “Do You Love Me?” by The Contours.

A few weeks later, Cuomo asked Bennett a series of pointed questions about the size of his hands, the suit said.

“Given the common association between the size of a man’s hands and the size of his penis, Plaintiff understood Defendant Cuomo to be encouraging her to comment on the size of his genitals, which made her extremely uncomfortable,” the lawsuit said.

Bennett accused Cuomo of asking her uncomfortable questions about a time when she was sexually assaulted during college, the suit said.

“Defendant Cuomo’s questions made Plaintiff extremely uncomfortable, but she felt she could not decline to respond and briefly described an incident in which her then-boyfriend ejaculated on her clothing without her consent,” the lawsuit said. “Defendant Cuomo responded with something to the effect of, ‘Well, some people have it much worse."”

“Specifically, we find that the Governor sexually harassed a number of current and former New York State employees by, among other things, engaging in unwelcome and nonconsensual touching, as well as making numerous offensive comments of a suggestive and sexual nature that created a hostile work environment for women,” the report said.

In announcing his resignation, Cuomo said his first instinct was to fight the allegation, which he said were politically motivated. However, he said it would save the taxpayers millions of dollars for him to step down. “The best way I can help now is if I step aside,” he said last year.

However, he said, “Don’t get me wrong — this is not to say that there are not 11 women who I truly offended. There are. And for that, I deeply, deeply apologize.”