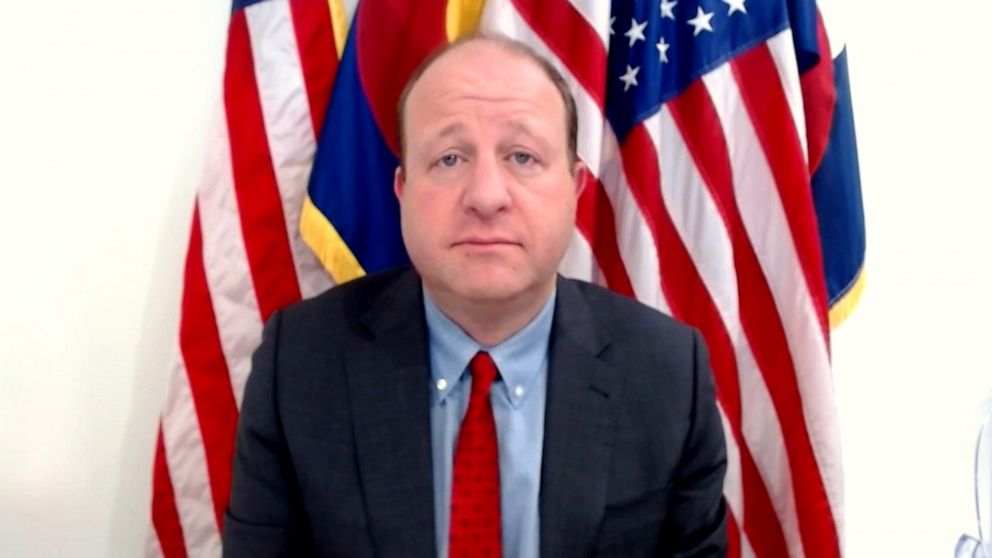 (NEW YORK) — Colorado Gov. Jared Polis told “The View” Tuesday that the state should take a second look at how local sheriffs are using the red flag law to protect citizens in the wake of the deadly mass shooting at an LGBTQ nightclub in Colorado Springs.

On the eve of Transgender Day of Remembrance on Saturday, Nov. 19, gunfire erupted at Colorado Springs’ LGBTQ nightclub, Club Q. According to police and officials briefed on the investigation, suspect Anderson Lee Aldrich allegedly walked into the club with a legally purchased assault-style rifle and began shooting, leaving five people dead and 17 injured.

Aldrich was arrested and is facing five counts of murder and five counts of bias-motivated crime causing bodily injury, which is Colorado’s hate crime law.

In June 2021, prior to the LGBTQ nightclub shooting, Aldrich allegedly threatened his mother with a homemade bomb. After his mother’s neighbors evacuated the surrounding area, bomb squad and crisis negotiators persuaded him to surrender. Still, charges against Aldrich were dropped and there were no public records that indicated police or relatives attempted to trigger Colorado’s red flag law.

“The View” co-host Joy Behar pressed Polis on Colorado’s low-rate of using the red flag law and questioned why authorities never took away Aldrich’s weapons. Noting that everyone is currently focused on the shooting victims and healing, Polis said that “if there’s one law to focus on,” it’s Colorado’s red-flag law, a bill which he signed on April 12, 2019.

Polis went on to explain that while Aldrich did allegedly make a bomb threat in the past and was apprehended at the time, charges were never pressed.

“What this should trigger is law enforcement can then seek a red flag or extreme risk protection order just to remove custody of guns from somebody who might be dangerous,” he said. “That’s what we’d like to see more of.”

“This is a new law in Colorado,” he continued. “But it’s really up to local law enforcement, and in this case it really looks like we should take a second [look] at how our local sheriffs used this law to protect people when there’s these kind of threats and danger.”

During a press conference Monday, police identified patrons Thomas James and Richard Fierro – who was in the U.S. Army for 14 years – as the heroes who stopped the suspected gunman. Polis mentioned that the two patrons who attacked the gunman are still recovering and calls their act of heroism “a tremendous thing,” adding that “they were lucky to be at the right place at the right time and make the right decision, otherwise dozens more people would be in mourning.”

After speaking with the families of the five victims who were fatally shot at Club Q, Polis said that the families “are in a complete state of shock.”

“These were people who were just out being who they are in a part of the state, a part of the country where it isn’t always easy,” he continued. “This is a somewhat conservative area. This was a refuge, this Club Q the largest LGBT club in Colorado Springs.”

Polis said that he told the owners of Club Q that he wants to be there to show solidarity.

“There’s never gonna be any motive that makes sense to any of us. It’s an act of evil,” he said of the mass shooting. “People should talk about our love and respect for one another rather than ever trying to set one group of people against another as unfortunately some do.”

“It will take time to heal and to come back from that, but we’re strong,” Polis said. “I’m committed to working with Colorado Springs and the LGBT+ community to make sure that we can heal in a good way.”

Polis explained that while he usually tries to ignore hateful rhetoric directed towards him or his communities, not everything can be overlooked.

“Sometimes we need to speak out more when people cross the line, and I think that’s a lesson I’m going to take from this, just to be more outspoken,” he said.

“You can have your opinions, left, right, conservative, liberal, you know, whatever they are is fine. But there’s a line to cross when you denigrate people just based on who they love or their faith or their race, and that’s never okay,” Polis continued. “We need the to be very clear in saying that.”