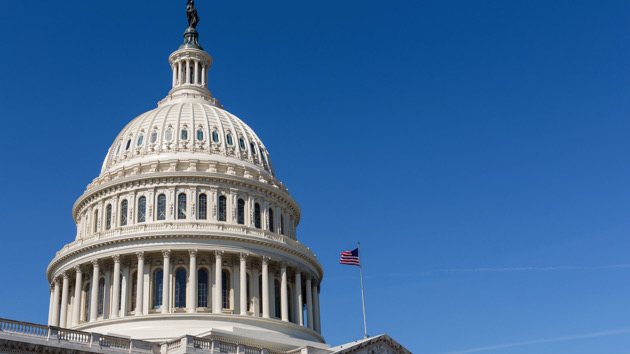 (WASHINGTON) — The House Judiciary Committee is holding a hearing Wednesday on abortion access as the nation awaits a final decision from the Supreme Court in a case that result in the overturning of Roe v. Wade.

Chairman Jerry Nadler, D-N.Y., kicked off the hearing with a warning that if the landmark 1973 decision legalizing abortion is in fact overturned — as was indicated in a leaked Supreme Court draft opinion — the impact will be “devastating.”

“Making decisions about when and how to start a family is essential to women’s lives,” Nadler said. “The right to decide whether to carry or terminate a pregnancy is central to life, liberty and equality. It is the very essence of what it means to have bodily autonomy, which is a prerequisite for freedom.”

Expert witnesses speaking at Wednesday’s hearing include Dr. Yashica Robinson, a board-certified OBGYN and board member with Physicians for Reproductive Health; Michele Bratcher Goodwin, a chancellor’s law professor at the University of California, Irvine; Catherine Glenn Foster, the president and CEO of the anti-abortion law firm Americans United for Life; and Aimee Arrambide, the executive director of the abortion rights nonprofit Avow Texas.

Goodwin told committee members that if the draft opinion holds, it would be an “incredibly unusual” moment in American democracy.

“The Supreme Court has never gone back to in fact revoke what has been freedoms that have been well-articulated and established in the Constitution and also by the Supreme Court,” she said.

The draft opinion, which is not the final ruling, was published by Politico on May 2 — and later confirmed by the court to be authentic. Politico later reported that the Feb. 10 draft was still the only one circulated among the group and that none of the conservative justices have changed their vote in the wake of the bombshell leak.

Protests have been a near-daily occurrence since the document became public, with demonstrations extending to the homes of Chief Justice John Roberts, Justice Samuel Alito and Justice Brett Kavanaugh. A nationwide day of protest was held on May 14 featuring hundreds of “Bans Off Our Bodies” events organized by abortion rights groups.

Security measures at the Supreme Court and for all nine justices have been increased since the demonstrations began.

According to the Department of Homeland Security, ABC News reported, domestic violent extremists have invaded the national abortion debate “to incite violence amongst their supporters.” Targets of threats include the justices, members of Congress, public officials, clergy, health care providers and more.

Republican Rep. Jim Jordan, ranking chairman on the House Judiciary Committee, focused his opening statement Wednesday on accusing Democrats and activists of a trying to strong-arm the Supreme Court.

“You know why they’re trying to bully and intimidate the court?” Jordan asked. “You know why, because the evidence for overturning Roe is overwhelming.”

Biden heads to Europe amid domestic turmoil over abortion, guns

Violence by extremists could occur ‘for weeks’ in wake of Supreme Court decision: DHS

What can Democrats in Congress do to protect abortion rights? Probably nothing, at least for now