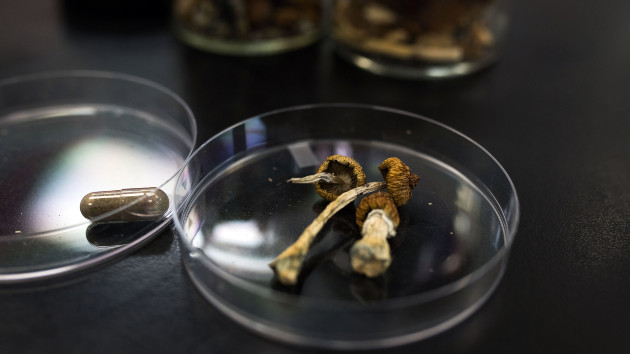 (WASHINGTON) — Colorado has become the second state to decriminalize and legalize recreational psychedelics.

Voters passed a ballot initiative during last week’s election that will make it legal for adults to purchase and use dimethyltryptamine (DMT), ibogaine, mescaline (excluding peyote), and psilocybin. Nearly 1.2 million voters, roughly 53% of the total vote, approved Prop 122, according to state election results.

Currently, Oregon is the only state to legalize psychedelics.

In 2020, 55% of Oregon voters passed an initiative to legalize recreational psychedelics. Starting next year, Oregon residents can use psilocybin at licensed service centers, and not in their homes, according to the Oregon Health Authority.

Voters in Maryland and Missouri passed their recreational pot measures while voters in the other states rejected their referendums, according to election results.

Recreational marijuana legalized in 2 states, rejected in 3 in 2022 election referendums

Here’s what voters decided on abortion questions on Election Day