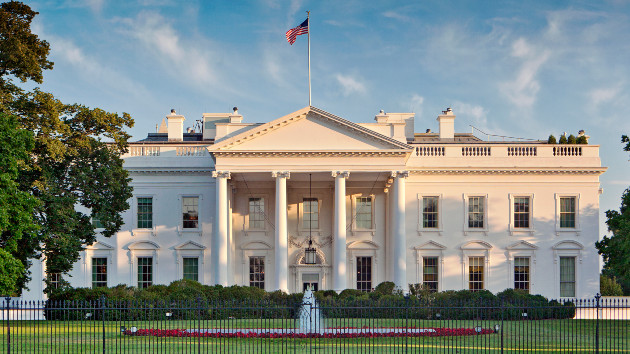 (WASHINGTON) — Former President Barack Obama and former first lady Michelle Obama are returning to the White House Wednesday, reuniting with now President Joe Biden and first lady Jill Biden to unveil their official portraits and introduce the artists behind them — a long-held secret in Washington after an unusually long wait for their reveal.

“President Biden and Dr. Biden are honored to have former president Obama and former first lady Michelle Obama back to the White House for the unveiling of their portraits, which will hang on the walls of the White House forever as reminders of the power of hope and change,” White House press secretary Karine Jean-Pierre said Tuesday.

The ceremony is returning to the White House after a 10-year hiatus. It was then-President Obama who last held such a ceremony, when he welcomed back former president George W. Bush and former first lady Laura Bush for an unveiling of their official portraits back in 2012.

The public unveiling of presidential portraits as we know it today started in 1978 during the Carter administration, according to White House Historical Association President Stuart McLaurin.

“The Carters were the first to invite the Fords back for the reveal of their portrait. Prior to that, they were just kind of hung up when they were done,” McLaurin said.

Since then, an unofficial tradition began of the current president hosting their most recent predecessor at the White House for the event with few exceptions — events that have often been bipartisan with some good-natured ribbing.

“George, I will always remember the gathering you hosted for all the living former presidents before I took office, your kind words of encouragement. Plus, you also left me a really good TV sports package. I use it,” Obama joked in 2012 of George W. Bush.

The tradition was notably broken during the Trump presidency, with the former president eschewing the event — a perhaps unsurprising decision, given Trump’s baseless claims that Obama spied on his 2016 presidential campaign, and was not born in the United States.

Despite the wait, McLaurin said the event at the White House on Wednesday will be “happy, positive” moment for the Obamas.

“There’s a sense of anticipation and excitement about it. And the President and First Lady who are depicted in those portraits have seen them of course, but the reality of having them unveiled in full scale size right there in the East Room of the White House. It’s just a moment — it’s almost like a Christmas morning,” he said.

The process for creating the portraits begins at the end of an outgoing president’s term, with the selection of an artist they’d like to complete their portrait. The White House Historical Association, a non-profit, non-partisan organization started in 1961 by first lady Jackie Kennedy, then contracts the artist to complete the historic image.

According to McLaurin, it typically takes three to four years for the portraits to be completed, but there is no hard and fast deadline for the process.

The Obama portraits have been completed for “a few years,” he said.

As for Trump’s official portrait, McLaurin said the artists have been identified and contracted for the former president and first lady’s portraits, but did not have more details about where in the process they are.

“Typically they would have conversations or they would talk about style and process and things in the background. Sometimes presidents or first ladies put things that have some meaning or purpose or tell a story behind them,” McLaurin said.

“I don’t know how much of that has happened with the Trump’s. I do know that their artists have been identified,” he added.

After its creation in 1961, the White House Historical Association undertook the task of acquiring portraits for every former president and first lady to complete the collection of iconic images of the nation’s leaders.

“You know, with the Founding Fathers and the early presidents, Americans did not know what their presidents looked like,” McLaurin said. “Americans depended on these images that were created and disseminated across the United States.”

“In contemporary modern presidents, we are supersaturated every day with what they look like. So, to me, the interesting take on these portraits is this is really how a president and a first lady see themselves and how they want to be remembered,” he added.