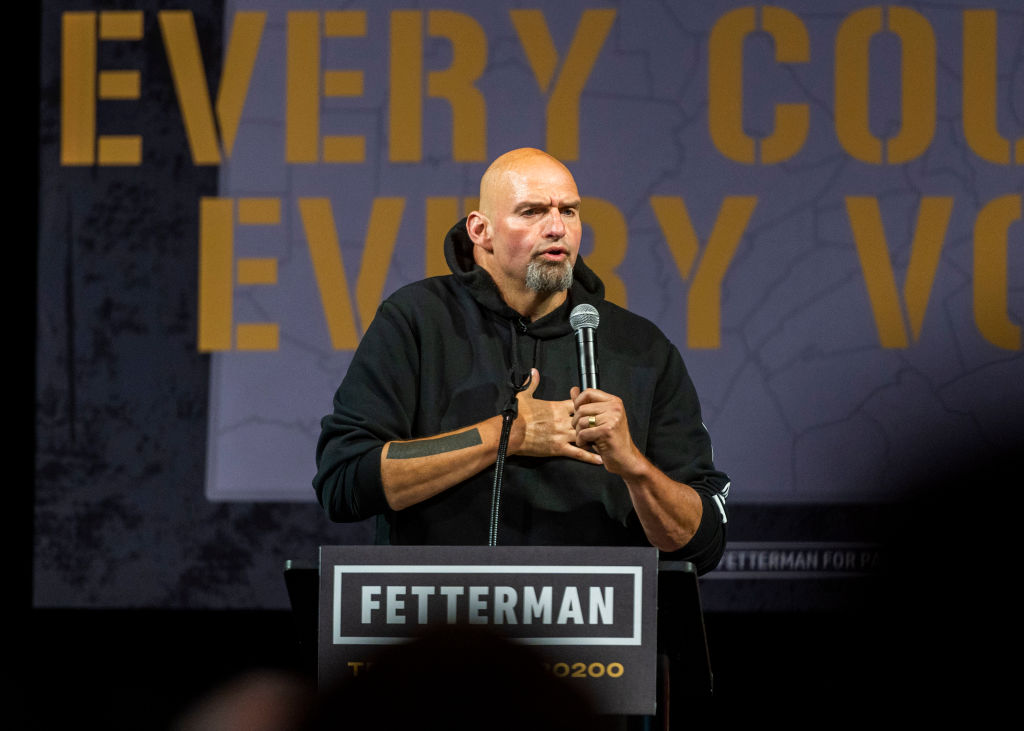 (NEW YORK) — Pennsylvania Senate hopeful John Fetterman recently attended a fundraiser in the Hamptons, a previously unreported appearance as he recovers from a stroke and ramps up to face Republican Dr. Mehmet Oz — whom he often attacks as an elitist celebrity versus his blue-collar style.

Photos posted to a public Instagram on Aug. 19 show Fetterman, Pennsylvania’s lieutenant governor, at a gathering in Amagansett on Long Island.

“Another fun one with our guy #johnfetterman #winning,” Quinn Blackwell wrote in a caption. Blackwell declined to comment when reached by phone; he also made his account private.

An account tagged in the photos, “jamesalexandernyc,” appears to belong to James Alexander, a director at the Cassia Group, according to a Linkedin page with his photo.

According to its website, Cassia Group is a private company that advances projects in various industries abroad, including energy ventures in oil-rich Middle Eastern countries.

Alexander did not respond to messages from ABC seeking comment, nor did Cassia Group when contacted by phone and email.

Suffolk County records for the address of the Hamptons home show that it was sold by a trust in Alexander’s name to Margaret Street LLC in 2012. Alexander’s name did not appear either in Federal Election Commission campaign finance data or on a list of Fetterman’s individual donors that spanned from June 2021 to June 2022.

A Fetterman campaign spokesperson, Joe Calvello, told ABC in a statement: “The only reason a dude like John would ever go to the Hamptons is because his campaign needs to raise money to fight back against the unprecedented onslaught of attacks and negative ads from Dr. Oz and his rich friends.”

Calvello did not answer specific questions about the fundraiser.

The pictures posted online from the event are standard fare, showing Fetterman — in his traditional hoodie — mingling with a group of people with name tags and posing with others in front of an outdoor pool. And it’s not, of course, unusual for Republicans and Democrats to raise money in the Hamptons during an election year.

Just this summer, according to CNBC, Democratic candidates from across the country attended or were scheduled to attend fundraisers there, including New York Gov. Kathy Hochul and gubernatorial hopefuls Stacey Abrams, of Georgia, and Wes Moore, of Maryland.

Oz, Fetterman’s opponent, has also spent time in the Hamptons and attended a July 4th weekend “white party” there this summer.

But Fetterman’s stop occurred as he has launched a number of high-profile attacks on Oz, accusing the former TV host of being out-of-touch with everyday voters in Pennsylvania — and more at home in the New York City area and its tony vacation enclaves.

“We just can’t be more different. We have a guy that lives in New Jersey, a guy that has — what is it, nine or 10 houses?” Fetterman told a crowd at a recent event in rural Mercer County, in one of his first in-person campaign appearances after his stroke in May.

Fetterman was in the Hamptons exactly one week after he returned to the trail at an energized rally in Erie as he continues to recover from his stroke. He has had a limited schedule since then, but he appeared at public events on consecutive days over the weekend — the first time he has done so since his health scare.

Some of Fetterman’s supporters downplayed his Hamptons visit.

Geraldine Eckert, who lives in Sharon, Pennsylvania, told ABC News that she wanted to do her own research on the event but said she “wouldn’t hold it against him.”

“If I were putting myself in Fetterman’s shoes, I guess I would go where I thought I could get money for my campaign and I would be honest with my constituents,” she added.

“He’s for the common people. He’s for the middle class. I can identify with him on a much easier scale than I can with any of the Republicans who are out there,” Jack Figaretti, a Democrat, told ABC News outside a campaign event.

Cassia Group, Alexander’s firm, appears to be engaged in business in conflict with some of Fetterman’s campaign issues. Cassia’s website touts work in metal mining and in various aspects of oil production, including “enhanced oil and gas recovery” and drilling. The website also described a 2016 project that involved collaboration with a firm linked to the Kuwaiti national oil company.

Fetterman’s website urges a “transition to clean energy as quickly as possible … in a way that preserves the union way of life for the thousands of workers.”