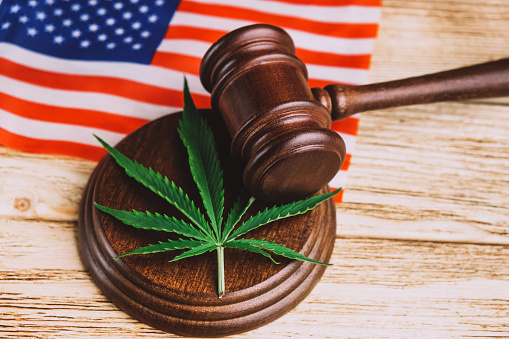 (WASHINGTON) — Legalized recreational marijuana is coming to Maryland and Missouri, but failed to become a reality in North Dakota, South Dakota and Arkansas, according to election results from ballot measures.

The 2022 election referendums in the five states, which currently offer medicinal marijuana to their adult residents, were highly watched by proponents of legalizing marijuana for adult use. With Maryland and Missouri, 21 states and the District of Columbia now offer legalized recreational pot to their residents.

Toi Hutchinson, the president and CEO of the Marijuana Policy Project, a nonprofit that has helped campaign on this issue around the country, said the split victories indicated changing views on cannabis.

“Voters recognize that cannabis policy reform is in the best interest of public health and safety, criminal justice reform, social equity, and personal freedom, and have made their voices heard at the ballot box. State-level legalization victories are what’s necessary to move the needle forward at the federal level,” she said in a statement.

Maryland voters passed Question 4 with 961,955 votes, 61% of the total vote, according to election results.

Beginning July 1, 2023, adults 21 and over in Maryland will be able to legally possess up to 1.5 ounces of cannabis and cultivate up to two plants. Previous marijuana convictions will be expunged and individuals who are currently serving time for such offenses would be allowed to file for resentencing.

Olivia Naugle, senior policy analyst at the Marijuana Policy Project, said in a statement the vote was a “huge victory for criminal justice reform and racial justice in Maryland.”

“With Marylanders’ overwhelming support of Question 4, the state will finally end the failed era of cannabis prohibition and take a more just and equitable approach towards cannabis policy,” she said.

Missouri passed its recreational ballot measure with 1,089,326 votes, roughly 53% of the total vote, according to election results. A 6% tax will be levied on recreational marijuana in Missouri as part of the constitutional amendment.

The approved constitutional amendment also releases all incarcerated individuals, paroled individuals and individuals on probation for any nonviolent marijuana-related crimes.

Criminal records and civil records for nonviolent marijuana-related offenses will also be expunged.

In South Dakota, 183,083 voters, roughly 53% of the total vote, chose not to pass a ballot initiative that would have legalized recreational marijuana, according to election results. This comes two years after 225,260 voters, roughly 54%, voted to pass a similar ballot measure.

In Arkansas, 500,500 voters, 56% of the total vote, voted no on a ballot measure to permit adults over 21 to use recreational cannabis.

Governor-elect Sarah Huckabee Sanders was one of the biggest opponents to the measure. The Republican candidate told reporters during a event in October that she believed legalized marijauna would do more harm than good.

“I don’t think that with the drug epidemic that we have across this state, frankly across the country, that adding and giving more access to that does anything to benefit Arkansas,” she said at the time.