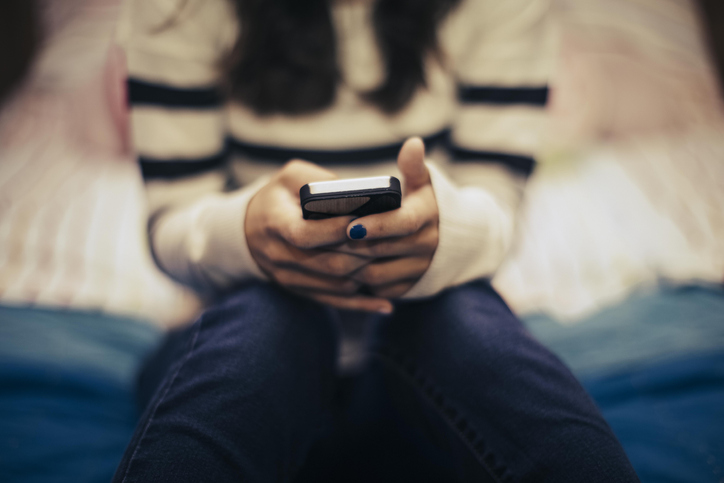 (WASHINGTON) — U.S. social media companies are prioritizing making a profit over taking down harmful rhetoric that leads to violent extremists perpetuating the ideology, according to a Senate Homeland Security Committee report released on Wednesday.

“Social media companies have failed to meaningfully address the growing presence of extremism on their platforms,” the majority report says. “The business models of the four companies the Committee examined — Meta, TikTok, Twitter, and YouTube — are based on maximizing user engagement, growth, and profits, which incentivizes increasingly extreme content.”

On a conference call with reporters, Sen. Gary Peters, D-Mich., chairman of the Senate Homeland Security and Governmental Affairs Committee, made the case that the more “provocative” the information is, the better for social media companies.

“Anger is a particularly engaging emotion for folks,” he said. “And as you keep providing, and these are algorithms that keep providing information to folks to keep them engaged and then often can go down a dark rabbit hole.”

Peters said they have seen examples that occurring, citing Jan. 6 as an example.

He said social media companies have gotten better about taking the harmful content down.

“The problem with that is that once the content is out, particularly if it’s particularly provocative, it can spread very quickly,” he said. “Once the genies out of the bottle sometimes you can’t put it back in.”

The report found that white supremacist extremists pose the primary threat among all domestic violent extremists.

“Domestic terrorism, and in particular white supremacist and anti-government extremists, continues to pose a persistent and lethal threat to homeland security,” the report said. “This investigation found that the federal government — specifically DHS and FBI — is not adequately addressing this growing threat.”

Data provided to the committee by the Department of Homeland Security showed white supremacists were responsible for 51 out of 169 domestic terrorist attacks and plots from 2010 through 2021, the highest number among domestic terrorist ideologies.

Two of the four social media companies, did not respond to an ABC News request for comment.

In a statement, a YouTube spokesperson said that the company, which is owned by Google, said “responsibility” is its top priority.

“We have established policies against hate speech, harmful conspiracies and violent extremism, and in Q2 2022, only 9 to 11 views out of every 10,000 came from violative content,” Ivy Choi, a YouTube spokesperson said. “Additionally, our recommendation system surfaces authoritative content in search results and the Watch Next panel, including for search queries related to violent extremism. While study in this area continues, a number of researchers have found that our recommendations aren’t steering viewers towards extreme content.”

In a statement, a TikTok spokesperson said they are happy to work with the committee on the issue.

“We appreciate the Committee’s leadership and look forward to ongoing engagement with Congress and other stakeholders as we continue working to protect our platform and our community,” Brooke Oberwetter, a TikTok spokesperson said. “We believe that maintaining a safe and trusted platform is critical to our long-term success, which is why we are dedicated to identifying and removing content that incites or glorifies violence or promotes violent extremist organizations.”

The four social media companies — Meta, Twitter, TikTok and YouTube — provided documents to the committee as part of the investigation, the report says, and each company has its own guidelines to evaluate content moderation.

“Although Meta, TikTok, Twitter, and YouTube have a range of policies aimed at addressing extremist and hateful content on their platforms and have taken steps to mitigate those harms through community guidelines language, human content moderation, and automated content moderation — borderline, violative, and extreme content is still prevalent across these platforms,” the report says.

The report was also critical of the Department of Homeland Security and the FBI, which the committee says did not appropriately allocate their resources to match the current threat despite recent increased investments and efforts.

DHS Secretary Alejandro Mayorkas and FBI Director Christopher Wray, when they appeared before the House Homeland Security Committee on Tuesday, were asked if domestic violent extremists were the most lethal and persistent terrorism threat in the country.

“That continues to be our assessment in the Department of Homeland Security,” Mayorkas said. “Domestic violent extremism particularly through lone actors or small groups loosely affiliated are spurred to violence by ideology of hate, antigovernment sentiments, personal grievances and other narratives that are propagated online.”

First Amendment constraints make it so the agency cannot open an investigation solely on the basis of threats, but rather the connectivity of violence to that ideology make it fair game.

The FBI told ABC News in a statement it has submitted two reports to Congress — one in 2015 and one in 2021.

“The FBI has made changes through the years in how we categorize domestic terrorism threats,” an FBI spokesperson said. “We currently use the term Racially or Ethnically Motivated Violent Extremism which captures a range of violent incidents, and the FBI has said repeatedly that violent extremists driven by a belief in the superiority of the white race have been responsible for a majority of the deaths from domestic terrorism attacks in recent years,” an FBI spokesperson told ABC News. “The FBI prioritizes threats based on an analysis of available intelligence and allocates resources accordingly. This allows us to be agile and adjust resources commensurate with current threats.”

In a statement to ABC News, the Department of Homeland Security pointed to the more than110 unclassified intelligence products related to domestic violent extremism, as well as six National Terrorism Advisory System (NTAS) bulletins the agency has sent out to partners around the country.

“Addressing domestic violent extremism is a top priority for the Department of Homeland Security (DHS),” a DHS spokesperson said in a statement. “DHS engages in a community-based approach to prevent terrorism and targeted violence, and does so in ways that protect privacy, civil rights, and civil liberties, and that adhere to all applicable laws. To that end, DHS regularly shares information regarding the heightened threat environment with federal, state, local, tribal, and territorial officials to ensure the safety and security of all communities across the country.”

Peters said he’s communicated directly with the FBI director and the Homeland Security secretary about the concerns he has with the lack of data sharing.

“They do know that I am still not satisfied with the responses in the data,” he said.

The report also accuses the FBI and DHS with not complying with the 2020 NDAA data reporting requirements alleging they submitted data late.

“These agencies have failed to systematically track and report data on domestic terrorism incidents and the agencies’ allocation of resources to address these threats, as required by federal law,” the report said.