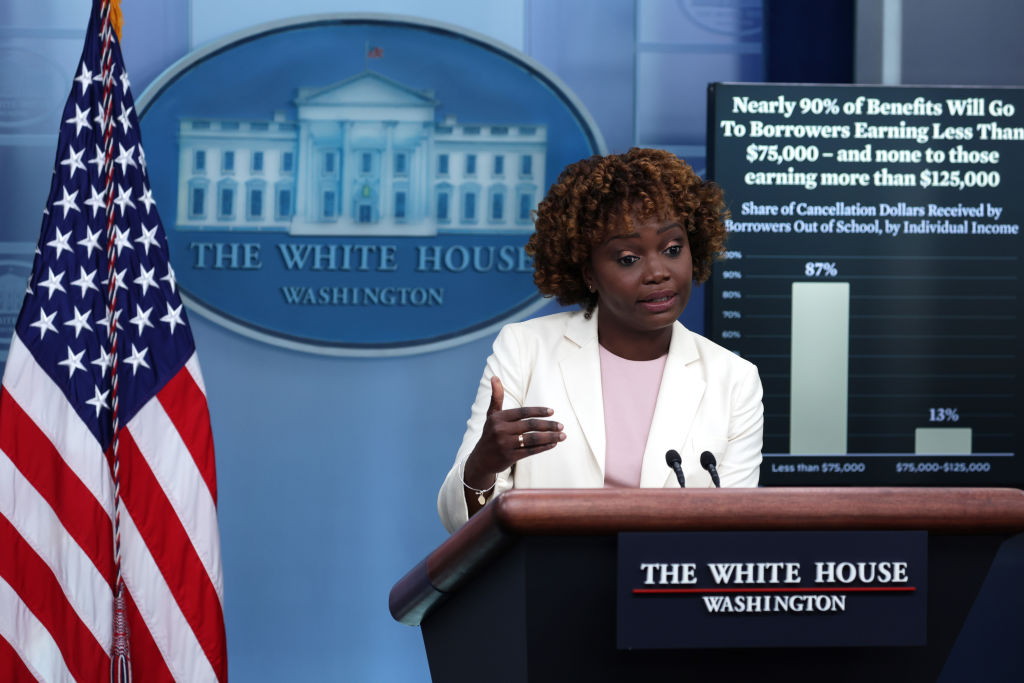 (WASHINGTON) — Some of the Americans who qualify for the Biden administration’s federal student loan forgiveness plan may not see relief before payments are due again in January, officials acknowledged on Thursday.

White House press secretary Karine Jean-Pierre told ABC News at a briefing that the forgiveness policy is something that the administration wants to make sure “happens right away” — but she stopped short of a specific timeline commitment to borrowers, deferring to the Department of Education (DOE).

Jean-Pierre on Thursday stressed that the administration wants to be certain that debt forgiveness is enacted in tandem with the restart of student loan payments, something the DOE will “be focused on.”

A key provision of the White House plan is that about 8 million borrowers may be eligible for automatic loan forgiveness because their income data is readily available to the DOE.

But for the rest of those with federal loans, debt balances may not shrink before repayments begin on Dec. 31 — which is the deadline for the latest extension of the pandemic-era student loan pause enacted by Biden on Wednesday.

His announcement that Pell grant recipients will receive up to $20,000 in federal loan forgiveness and non-Pell borrowers will owe up to $10,000 less on their loans — if they make under $125,000 per year — came just a week before the restart of payments for America’s $1.7 trillion in federal student loans after a two-year COVID-19 freeze.

The White House has also confirmed that the application forms some of the borrowers will need to use for the debt cancellation are not yet ready, with no timeline for their disbursement. (Officials are referring borrowers to studentaid.gov for more information.)

At Thursday’s White House briefing, Jean-Pierre struggled to answer rounds of questioning about exactly how the federal government will foot the bill if this trillion-dollar promise.

“Let’s see who actually takes advantage of this, then we’ll have a better sense of what this is actually going to cost,” she said, noting that Biden’s work to lower the deficit during his time in office and that lifting the student loan payment pause would help bring $50 billion into the Treasury.

Even without a price tag, she added, “We do believe this will be fully paid for because of the work this president has done with the economy.”

A recent study by the University of Pennsylvania’s business school found that erasing $10,000 in student loan debt will cost about $300 billion. If the program continues for 10 years, the cost becomes $330 billion, or $344 billion if there is no income limit, per the report.

Because the federal government backs many student loans, U.S. taxpayers will likely foot the bill — something Biden addressed directly on Wednesday, comparing the debt cancellation to the Paycheck Protection Program, a loan forgiveness program during the pandemic.

“No one complained that those loans caused inflation. A lot of these folks in small businesses are working in middle-class families. They needed help,” he said. “It was the right thing to do,” Biden said.

US reaches debt limit amid showdown and ‘extraordinary measures’