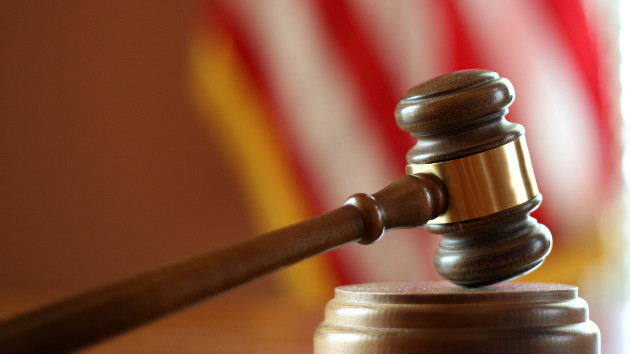 David DePape, 42, from Richmond, California, is facing a slew of state charges, including attempted murder, residential burglary and assault with a deadly weapon, as well as federal charges of assault and attempted kidnapping.

DePape walked into the courtroom wearing an orange jumpsuit and a shoulder sling on his right arm — having dislocated his shoulder during the alleged attack. Through his public defender, he pleaded not guilty and denied all allegations.

He has been ordered held without bail, and a preliminary hearing has been scheduled for Friday. DePape is expected to be arraigned on the federal charges against him on Wednesday.

A protective order that states DePape can make no contact with either Nancy or Paul Pelosi and can not come within 150 yards of their home was also signed by a judge.

According to the federal complaint, DePape allegedly used a hammer to break into the Pelosi residence in the upscale Pacific Heights neighborhood of San Francisco early Friday, just before 2 a.m. local time. The intruder then went upstairs, where 82-year-old Paul Pelosi was asleep, and demanded to talk to “Nancy.” Despite being told that the speaker was not home and would not be for several days, DePape said he would wait and started taking out zip ties from his backpack to tie up Paul Pelosi, according to the complaint.

According to the complaint, Paul Pelosi told DePape that he needed to use the bathroom, allowing him to get his cellphone and call 911. Two police officers arrived minutes later and entered the home, encountering DePape and Paul Pelosi struggling over a hammer. The officers told the men to drop the hammer, at which time DePape allegedly gained control of the hammer and swung it, striking Paul Pelosi in the head. The officers immediately restrained and disarmed DePape, while Paul Pelosi appeared to be unconscous on the floor.

The officers later secured a second hammer, a roll of tape, white rope, zip ties as well as a pair of rubber and cloth gloves from the crime scene, according to the complaint.

Paul Pelosi was struck at least twice with the hammer, sources told ABC News. He was hospitalized following the attack and underwent successful surgery on Friday to repair a skull fracture and serious injuries to his right arm and hands, according to a statement from Nancy’s Pelosi’s spokesperson, Drew Hammill. Although his injuries are significant, the speaker’s husband is expected to make a full recovery, Hammill said.

While being questioned by police, DePape stated that he was planning to hold Nancy Pelosi hostage and talk to her and that he wanted to use her to lure another unnamed individual. If she were to tell the “truth,” DePape told police he would the speaker go. And if she “lied,” he said he was going to break “her kneecaps,” according to the complaint. DePape told police he viewed Nancy Pelosi as the “leader of the pack” of lies told by the Democratic Party and that he was certain she would not have told the “truth.” DePape explained that by breaking her kneecaps, the speaker would then have to be wheeled into Congress, which would show other members of her party there were consequences to actions, according to the complaint.

During a press conference on Monday evening, when announcing the state charges against DePape, San Francisco District Attorney Brooke Jenkins described the attack as “politically motivated” and implored the public to “watch the words that we say and to turn down the volume of our political rhetoric.”

“This house and the speaker herself were specifically targets,” Jenkins said.

Nancy Pelosi gave an update on her husband’s condition in a statement on Monday night, saying he “is making steady progress on what will be a long recovery process.” She added that her family is “most grateful” for “thousands of messages conveying concern, prayers and warm wishes” since the “horrific attack.”