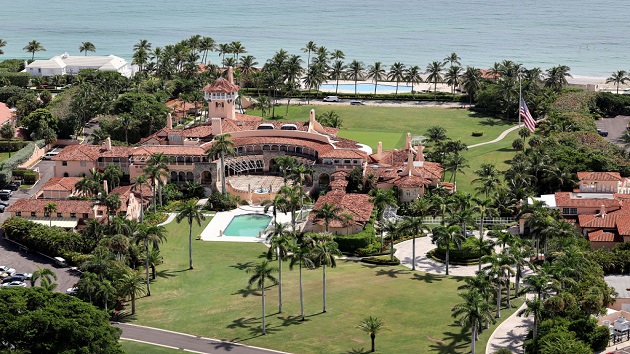 Raymond Dearie, a senior district judge for the Eastern District of New York, has been named the “special master” in the case to sift through all of the materials taken by federal agents during the Aug. 8 raid at Mar-a-Lago, including the roughly 100 documents bearing classification markings.

Dearie was one of the two candidates Trump’s legal team proposed to serve as special master.

The Department of Justice, which also submitted two names for consideration to Judge Cannon, had deemed Dearie was an adequate choice, writing he and their picks all had “substantial judicial experience.”

But the DOJ has said overall that a special master appointment was unnecessary and would delay the government’s review, potentially causing “irreparable harm to our national security and intelligence interests.”

The DOJ on Friday appealed to the 11th Circuit for a partial stay on Cannon’s order, which halted the government’s ability to use the classified documents and other materials seized in its ongoing criminal investigation. The DOJ is asking the appeals court to permit it to continue working with the classified records and not disclose them for review by the special master.

Here’s what to know about Dearie and the role he’ll be playing in the high-profile Trump investigation.

Dearie, 78, started his career in private practice after graduating from St. John’s University School of Law in 1969. He then served in the U.S. Attorney’s Office in the Eastern District of New York for six years as chief of the appeals division.

Dearie also served on the U.S. Foreign Intelligence Surveillance Court, or FISA court, which considers applications from the government for the collection of electronic surveillance or physical searches.

During his time on the FISA court, Dearie approved of a warrant for the DOJ and FBI to surveil Carter Page — a former campaign aide for Trump — during special counsel Robert Mueller’s Russia investigation after the 2016 election. The FISA court’s ruling was heavily criticized by Trump and his Republican allies.

What will he be doing?

Dearie will be reviewing the seized materials from Mar-a-Lago for any personal items and will examine documents for certain types of privileges, namely attorney-client and executive privilege, that should not be used in the DOJ probe.

Judge Cannon said the special master will prioritize reviewing the classified documents, and requested they submit interim reports and recommendations “as appropriate.”

Dearie also had 10 days after the Sept. 15 order to consult with lawyers for both the DOJ and Trump’s team and then provide Judge Cannon with a timeline for the review.

The DOJ argued in court the special master wasn’t needed because a “filter team” has already completed its review of material possibly covered by attorney-client privilege. The federal agency also questioned whether Trump’s claims of executive privilege — a tool presidents possess to shield communications from courts or Congress — were warranted given he’s no longer in office.

Dearie has until Nov. 30 to finish his work, several weeks longer than the DOJ wanted.