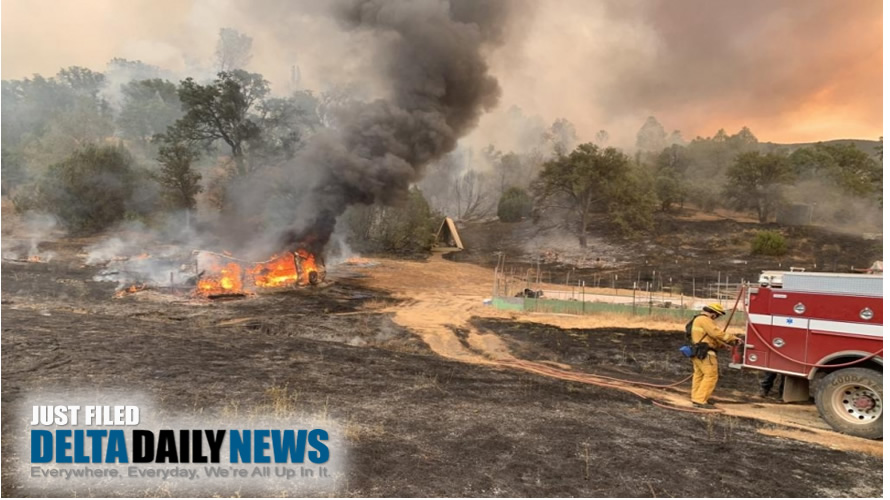 The fires, known as the Santa Clara Unit Lightning Complex, were situated in Alameda, Contra Costa, San Joaquin, Santa Clara and Stanislaus counties. As of 1:30 p.m., the complex grew to 25,000 acres and was 0% contained.

The California Department of Forestry and Fire Protection said the blazes, broken up into three zones, are in steep, inaccessible terrain. It said firefighters are being challenged by fast spread, difficult terrain and triple-digit temperatures.

In Southern California, firefighters have nearly contained the Apple Fire, which as of Tuesday morning burned more than 33,000 acres.

Officials closed the San Gorgonio Wilderness and portions of the Pacific Crest National Scenic Trail in response to the blaze.

In neighboring Los Angeles County, the Lake Fire grew to more than 21,000 acres and was 38% contained.

There were mandatory evacuation orders in place in the northwestern portion of the county, where more than 4,500 structures were threatened by flames.

Three fast-spreading California wildfires sent people fleeing Saturday, with one trapping campers at a reservoir in the Sierra National Forest.