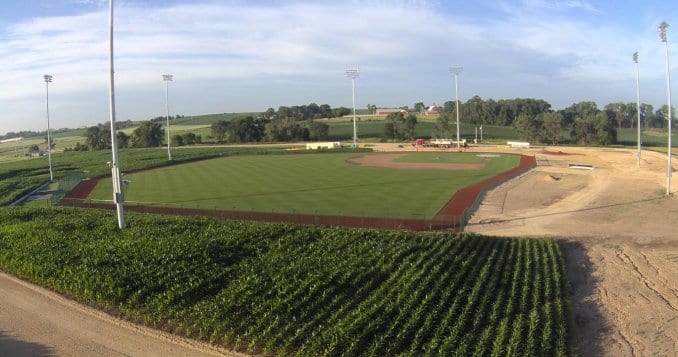 The "Field of Dreams" in Dyersville, Iowa

Major League Baseball and movie lovers alike will have plenty to cheer for Thursday when the New York Yankees face-off against the Chicago White Sox in Dyersville, Iowa, near the set of the 1989 hit movie “Field of Dreams.”

In fact, the two teams will play in an 8,000-seat park adjacent to where the movie was filmed. And just like the film, players will appear from a cornfield — the park is surrounded by about 159 acres of corn about 10 to 12 feet high. This will be the first MLB game played in the state of Iowa. 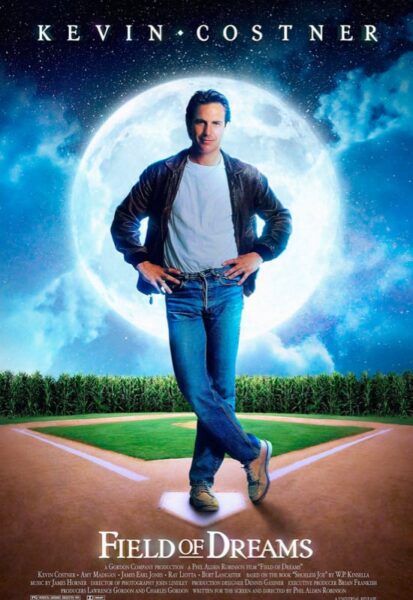 In addition to a cinematic environment, the “Field of Dreams” game holds significance in the playoff race. The Yankees are chasing the Boston Red Sox for the final American League Wild Card spot, while the White Sox are less than two games behind the Tampa Bay Rays for the best record in the AL.

The field constructed for the movie, which has been operated as a tourist destination since 1989, could not be brought to MLB game standards without permanently altering major features of the property and destroying its movie authenticity, so it was decided to build a separate playing facility at a distance of approximately 500 ft (150 m) in the cornfields.

The first pitch is scheduled for 8 p.m. ET.

HEALTH AND WELLNESS FAIR COMING UP IN GREENWOOD

The Institute for the Advancement of Minority Health, Turner... Read More.
Tuesday, November 23

SANTA CLAUS IS COMING TO TOWN!

Get ready downtown Cleveland... for the big man himself... Read More.
Monday, November 22