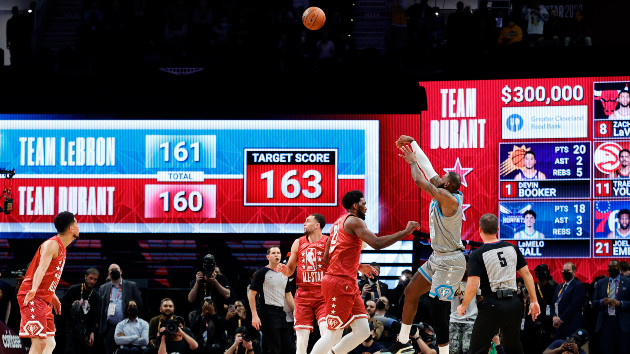 (CLEVELAND) — Team LeBron and Team Durant were neck and neck throughout Sunday night’s NBA All-Star Game, with the winner being determined in the final seconds of the fourth quarter.

But James, an Akron, Ohio native, wasn’t the only player to shine in his home state. Golden State Warriors point guard Stephen Curry, also born in Akron, was named the game’s Most Valuable Player after hitting a record-breaking 16 3-pointers and scoring 50 points.

Watch highlights from the 2022 NBA All-Star Game, which took place in Cleveland, below: