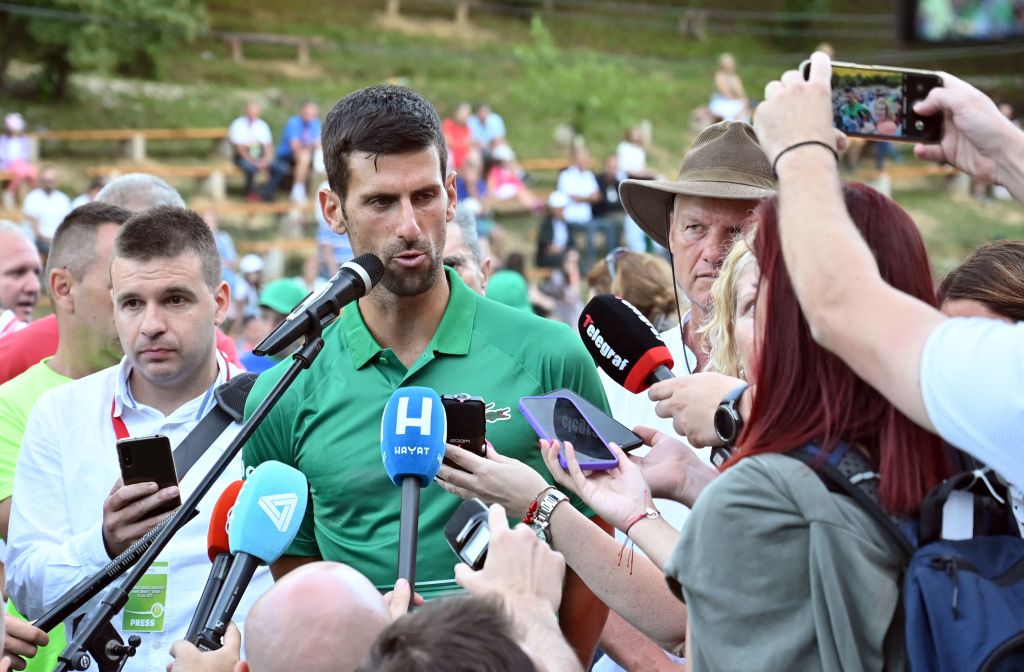 (NEW YORK) — Novak Djokovic, one of the world’s top tennis players, confirmed Thursday that he won’t be competing at the upcoming U.S. Open.

The Serbian athlete will miss this year’s tournament in New York City due to his COVID-19 vaccination status.

“Sadly, I will not be able to travel to NY this time for US Open,” Djokovic, 35, said on Twitter Thursday. “Good luck to my fellow players! I’ll keep in good shape and positive spirit and wait for an opportunity to compete again. See you soon tennis world!”

Sadly, I will not be able to travel to NY this time for US Open. Thank you #NoleFam for your messages of love and support. ❤️ Good luck to my fellow players! I’ll keep in good shape and positive spirit and wait for an opportunity to compete again. 💪🏼 See you soon tennis world! 👋🏼

The U.S. government does not allow international travelers to come into the U.S. without proof of COVID-19 vaccination. Djokovic is not vaccinated, telling the BBC earlier this year that “based on all the information that I got, I decided not to take the vaccine.”

The U.S. Tennis Association said Djokovic withdrew from the U.S. Open prior to the draw to determine the tournament’s official seeding list. His withdrawal paved the way for a “lucky loser” to be included in the draw, the association said.

“Novak is a great champion and it is very unfortunate that he will be unable to compete at the 2022 U.S. Open, as he is unable to enter the country due to the federal government’s vaccination policy for non-U.S.citizens. We look forward to welcoming Novak back at the 2023 U.S. Open,” U.S. Open tournament director Stacey Allaster said in a statement.

The athlete was deported from Australia in January over his vaccination status after arriving to compete in the Australian Open. His visa was revoked at the Melbourne airport, restored, then ultimately canceled.

Djokovic won Wimbledon in the U.K. last month — his 21st grand slam title. The U.K. allows travelers into the country without requiring proof of vaccination. France relaxed its COVID-19 requirements in time to allow Djokovic to play in the French Open in May.

After his Wimbledon win, Djokovic told reporters that an exemption to play in the U.S. Open didn’t seem “realistically possible.”

The U.S. Open and New York City allow visitors without proof of vaccination.

“Though the U.S. Open does not have a vaccination mandate in place for players, we respect the U.S. government’s position regarding travel into the country for non-U.S. citizens,” a spokesperson for the U.S. Open told ABC News last month.

Serena Williams to step onto US Open court against No. 2 ranked player in 2nd round