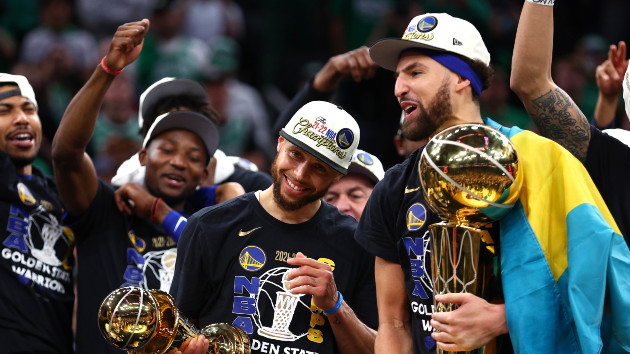 (BOSTON) — The Golden State Warriors defeated the Boston Celtics in Game 6 of the NBA Finals Thursday night to take home their first championship title since 2018.

The 103-90 win over Boston marked Golden State’s seventh championship as a franchise and fourth title in eight years.

Warriors point guard Stephen Curry led the team with 34 points and was named the NBA Finals MVP for the first time in his career.

The ‘psychic’ animals predicting who will win the World Cup

World Cup live updates: US ties with England, must win against Iran to continue